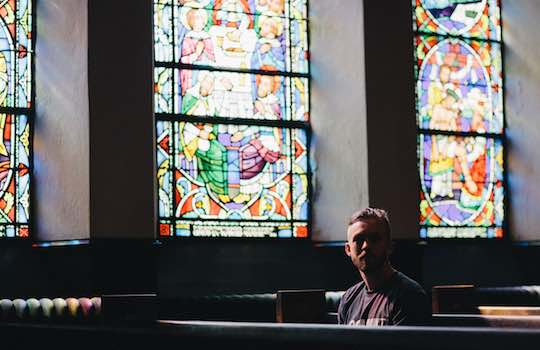 The word “religion” can have different meanings. At its simplest, it means “belief in and worship of God or gods” (Oxford Dictionary). But more precisely, religion is often seen as a designated set of beliefs and rituals by which people relate to a god. Thus religion (implying dogma and restrictions) is often contrasted to spirituality (emphasising freedom and feelings).

Like many other people, I have lost my religion, or a large part of it. Many others have lost their faith in God as well, though I haven’t.

This movement is one of the stories of our times.

Although I wasn’t raised in a christian family, I was sent to Sunday School, went on to a church youth group, and committed myself to being a christian in my mid-teens. Because I was young, I more or less accepted what I was taught.

But I used to be an argumentative person, and I wanted to be sure that what I believed was true, and to be able to present my beliefs logically to non-believers. So I began questioning what I had been taught.

Life changes you too. Maturity came upon me late (if at all!), but experience nevertheless caused me to think again about much of what Protestant christians believe.

Early on, I lost much of my faith in the church as an institution, and in many of the staples of church life – church services, sermons, clergy and systematic theology.

Also early on, I came across anomalies in christian doctrine, notably:

And so I came to where I am today, almost 74 years old, with a lot of religious dogma and ritual quite unrelated to me. My beliefs make me somewhat of an alien in almost any denomination. Yet my belief in Jesus has been much strengthened by my reading and life experience, and my commitment to follow him is as strong as ever. (You can read more about my journey in the links below.)

It turns out that I am not alone.

According to “Science Mike” McHargue, 40-50% of people will go through a major faith transition at some point in their life. This can include conversion from unbelief to belief, “deconversion” to non-belief, and a major change in beliefs.

It is no news that in the western world (primarily Europe, North America and Australia), younger generations are turning from religion in droves and church attendance has plummeted in the last 50 years. In some countries in Europe, the numbers are close to evenly split between the religious, the spiritual but not religious, and the atheists.

It is easy to find online people’s stories of their faith transition experiences. As you’d expect, they turn out in many different ways. Of those who deconstruct their faith, some become atheists or agnostics, some move to a spiritual belief that isn’t exclusively christian, some reconstruct to liberal or progressive christianity (the two are different), and a few end up more or less back where they started.

At the same time, there are those who transition in the opposite direction, from unbelief to belief, or from a cultural or nominal belief to a stronger more personal belief.

Of course the final conclusions vary a lot, and I don’t necessarily agree with how all people deconstruct and reconstruct their faith, but I am sympathetic to their need to come to a belief they can hold with integrity.

I have begun a new section on this website, Faith deconstruction, to address what I see as an important issue. I want to encourage those on this journey not to be daunted or distracted by negative comments from fellow believers, nor (on the other hand) to jettison any belief without prayer and careful consideration.

I have started with a few Deconstruction stories, to give the flavour of what is happening. I am planning pages to look at the main issues and offer some ideas about how we might reach a more truthful and satisfying faith.

Photo by Karl Fredrickson on Unsplash