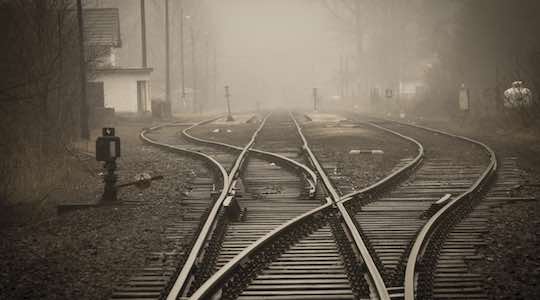 There’s a lot of new, and sometimes scary, ideas flying around the christian scene these days. What are we to make of them??

Where is Protestant christianity heading?

If you have doubts and questions about your form of christian belief, perhaps another form has something to offer. Check out a few ideas here.

Christian belief seems to have the unfortunate characteristic of continually dividing into different factions, despite Jesus’ prayer that we would remain one (John 17) and Paul’s criticism of divisions (1 Corinthians 1-3).

It is human nature to disagree, and so differences of opinion among christians are, I guess, inevitable, as Paul himself recognised (1 Corinthians 11:19). But differences leading to separation, division and exclusion have been with us from the beginning, with the famous church councils of the fourth century and later called to define right and heretical viewpoints on doctrinal matters.

With the passage of time, the eastern (Orthodox) and western (Catholic) church divided, and later still came the Protestant Reformation.

Protestantism has been characterised by the proliferation of denominations, often (though not always) the result of doctrinal divisions. Behind these denominations are theological, cultural and philosophical attitudes that vary from conservative to liberal.

And so we come to the present day where there seems to be a growing third force in Protestant christianity.

The Reformation addressed excesses in the Catholic Church such as corruption and indulgences, but also brought a number of fundamental emphases into the church – the Reformers would say “back into the church”:

These Reformation teachings, plus an emphasis on evangelism and personal piety, have formed the basis of evangelical Protestantism for centuries. But while these and other emphases have been life-giving to millions of believers (including me) they have been developed over the centuries into doctrines, practices and tendencies that sometimes have awkward consequences:

So evangelical christianity has become very diverse, with wonderfully creative and humbly serving churches and christians living side-by-side with churches that many christians who love and follow Jesus feel alienated from. And it has become somewhat dogmatic, often holding tightly to doctrines that are not well supported by modern culture or scholarship …. or the Bible.

If I was writing this a few decades ago, I would have included Pentecostalism as a separate approach, because of its strong emphasis on the Holy Spirit and its great enthusiasm. But it seems to me that Pentecostalism has moderated in the last few decades and is now much closer to evangelicalism in most of the points I have made here.

Liberal christianity takes many forms, but its core values come from the Enlightenment, a period in the 17th and 18th centuries sometimes known as the Age of Reason, and characterised by reason, scientific knowledge and democracy.

Liberalism is much more influenced by modern scholarship and culture than other forms of christianity – at its extreme it is hard to distinguish from secular humanism. It tends to:

Some liberal theologians and clergymen held high hopes that the more rational approach of liberalism would halt the 20th century slide in church attendance and interest in christian faith. However it appears that the opposite has happened – liberal churches seem to be the ones declining fastest (if there is little to distinguish from secular humanism, why bother with the religious stuff?), while more conservative, even fundamentalist, churches are either growing or declining more slowly.

One of the difficulties in describing liberal christianity is that it takes many forms, and some denominations can contain elements of both evangelical and liberal theology. It seems sometimes that liberal ministers often use language that obscures meaning and distinctions between different views, and can thus be interpreted in either a more literal (evangelical) or a more symbolic (liberal) manner.

So it seems to me that the christian church as a whole has been slightly influenced by liberal theology, but ultimately has found it ineffective, unfaithful and untrue.

Progressive christianity is based on the idea that while liberal christianity correctly identified some problems with traditional Protestant (evangelical) theology and practice, it went too far in jettisoning the supernatural and treating the Bible as a totally human book.

But the differences between evangelical and progressive christianity are also clear:

Progressive christianity is thus more open to modern scholarship and culture than evangelicalism, while, unlike liberalism, holding to the core of supernatural christian faith. One of progressive christianity’s strengths is being open to new ideas, and not finding it necessary to try to defend aspects of Biblical inerrancy that seem indefensible, for example:

In summary, progressive christianity holds to the basic truths of evangelical christianity while rejecting some traditional attitudes and doctrines which it sees as being based on a wrong understanding of God, the Bible and the world. Progressive christians generally hold together both the evangelical emphasis on evangelism and salvation and the liberal emphasis on social justice and welfare, without prioritising one over the other.

I see myself somewhere in the middle of progressive christianity. Like many others, I have come from an evangelical background and still hold to the core truths of evangelical christianity, but have rejected many of the dogmatic statements about the Bible and non-core doctrines. I believe this is the way the Holy Spirit is leading the church to understand the truth of the kingdom of God and the mission of Jesus.

Why am I saying all this?

In my 55+ years as a christian, I don’t think I have seen so many christians re-examining their faith as I am seeing now. Some deliberately set out as young adults to review the faith they were raised in. Others find themselves driven by truth into a scary process of deconstruction, as they are forced to jettison beliefs they no longer find credible

This is clearly a significant movement in western christianity. The onslaught of the atheist critique of religious belief, and the response of many christians to retreat behind dogmatic walls, has left a large middle ground of progressive christianity which many thoughtful reconstructing christians are now exploring.

I will be developing a new section on this website to explore deconstruction and reconstruction, which I hope will provide some useful insights to fellow explorers.

I can’t help feeling that a chasm is developing between evangelical and progressive christianity. Each makes different assumptions, and each builds logically on those assumptions, so it is becoming more and more difficult to bridge the gap.

Assume the Bible is inerrant and you are forced to reject much modern science and culture. Your belief system will be consistent, but will likely be unattractive and even incomprehensible to postmodern western young adults, who will mostly reject or disregard your evangelistic efforts and misunderstand your conservative social ethics. You will be unwilling to change your belief system or its evangelistic methods, so you will likely end up reassuring yourself either that this rejection is a result of their rebellion against God, or that God is sovereign and it mustn’t be his will to save those people at this time. You will focus on evangelism and think caring for people and the world is secondary. You will see any departure from the theological system you have built as being apostasy.

But start with the view that the Bible should be taken on face value, and you will accept it as a revelation from God, not inerrant and often containing more than one story and more than one viewpoint. You will be able to accept or reject modern culture, science and scholarship, on their merits (or otherwise). You will likely frame your mission in life in terms of the kingdom of God, and thus see evangelism, social justice, caring for people and the earth as all important parts of that mission. You will try to relate to non-believers in constructive ways that that build relationships and cooperation on common causes, and thus commend our belief to them in a sensitive manner. You will likely be less dogmatic about all but core beliefs and behaviours.

Nothing like this is ever black and white, but I can’t help thinking these two viewpoints will diverge further, one thinking the other has abandoned core components of historic christian belief, the other thinking the first has its head in the sand and has lost touch with both the Holy Spirit and postmodern culture.

« Christians and politics – a deep devastation or glorious triumph?
Losing my religion »