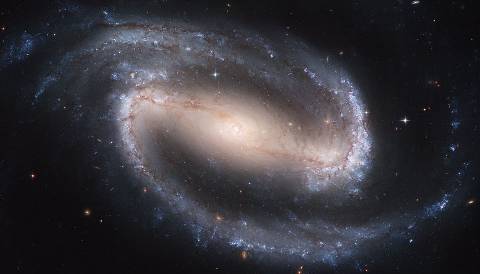 This post continues the series into preparing disciples of Jesus to stand against attacks on their faith, and specifically on arguments unbelievers often use against christians. I have seen every one of these arguments used in books or on the internet, even some that are clearly not very effective. Several arguments are based (loosely) on science.

The universe is vast beyond imagining, and as far as we know, only minute parts of it are suitable for life – the rest is inhospitable to life and mostly downright dangerous. Surely if God created the universe it would be more friendly to life, and this proves it couldn’t be designed by God? God is supposed to value human beings yet we are so insignificant, how could we matter to God?

This is a common but weak argument. We (so far) have enough space on earth to live. How can it matter to us if the universe was no bigger than earth, or is as big as it is? And how could it be a problem for an all-powerful God to create the universe as big as it is? The argument just doesn’t have any force.

Further, we don’t know what purposes God has for the universe, or whether there are other beings out there. But we do know that the universe as it is speaks volumes about God’s power. The Bible speaks of it many times, and philosophical arguments for the existence of God have been developed based on our amazing universe.

But there’s more. Cosmologists have calculated that for the universe to exist for long enough for the stars and planets to form and stabilise and life to evolve, it needed to be really vast. (See Letters to Nature, where you’ll have to go about three quarters down the text to “Regarding question two”.) So in fact the vastness of the universe is just another evidence that God carefully designed it.

Finally, the size of the human race compared to the universe is irrelevant, unless we can show that importance to God is related to size. God is capable of being closely interested in us, regardless of our size.

This argument doesn’t really address the existence of God, and is based on a mixture of truth and exaggeration. Science has indeed given us some glorious benefits, but it has also helped in making it easier to kill people on a massive scale. Science gives us tools, but doesn’t necessarily help us know how to use them wisely. And it cannot explain many things which form the basis of arguments for the existence of God – for example, science cannot explain why the big bang occurred, or why there is something rather than nothing. There is a growing feeling in the postmodern world that science has failed to deliver on the big matters of meaning, ethics and humanity, and a growing awareness that spiritual matters are important.

Therefore this argument is useful to us in that it helps push christians towards a greater recognition of the value of science, and the need to assimilate scientific and spiritual knowledge, but it says little about whether God exists or not.

The big bang could have turned out differently

If God wanted to create a universe that produced human beings, he took a big risk, for it was highly likely that the big bang could have proceeded differently, and God’s plan would have been thwarted.

I can’t help feeling this is a most ineffective argument. If God is all-powerful and all-knowing, he could easily have set up the big bang so that it proceeeded exactly as he intended. In fact that is the basis of the design argument.

« Lawrence Krauss and creation from nothing
Arguments against God – oldies, but not goodies »