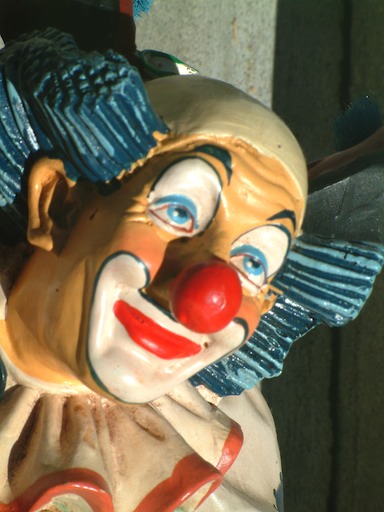 More arguments unbelievers often use against christians. These ones are common, but not very good, but at least they provide a little amusement.

Believers only believe because they have faith, it is said. But there is no more reason to believe in God than to believe in fanciful and farcical things like the Flying Spaghetti Monster (generally lacking definition, but pretty much what it says), a celestial teapot that hypothetically might be orbiting the sun somewhere out beyond Mars, or the Norse god Thor. So it is just as silly to believe in God as to believe in those admittedly silly things.

This must be one of the silliest arguments against God. There is clearly no serious evidence for these ludicrous objects, as everyone admits, so they can be ignored. But christians believe there is very good evidence for the existence of God, so there is no parallel, no valid analogy, and the evidence for God must be considered on its merits. Even if atheists don’t find the evidence and arguments compelling, they still exist. The only value in this argument seems to be to challenge any christian who thinks faith without evidence is a virtue, or to give atheists something to laugh about.

I just believe in one less gods than you

This isn’t really an argument so much as a way of drawing attention to the question of why believe in the God of a particular religion rather than another. It is a reasonable question, but christians believe they have good reasons for their choice – see Choosing my religion.

There is no evidence for the supernatural

Religion is based on belief in the supernatural, something beyond our natural world – God, angels, heaven, etc. But there is no evidence for these things and no reason to believe they exist.

This is a variation on other arguments here. The argument is based on the assumption that the only evidence that should compel us to believe is scientific evidence. But it ignores the fact that we draw conclusions and take action on many aspects of life – getting married, voting and making political decisions, the study of history, making ethical decisions – without scientific evidence, but still with (hopefully) very good reasons. As with other arguments, we are still faced with the evidence and arguments that christians find convincing. If we find them unconvincing, we choose not to believe, but we shouldn’t need to pretend there’s no evidence at all.

Who designed the designer?

One strong argument for the existence of God is based on the fact that the universe, at its very core and from its very beginning, is amazingly well designed, which implies a designer (see The universe points to God). But, the counter argument goes, we then have to explain how God (the designer) got to be so clever that he could design the universe. If we cannot explain God, then God is not a useful explanation of the universe.

This argument is recognised by most philosophers of science as being quite invalid. We don’t have to be able to explain something for it to be an explanation of something else. If I say I can’t come to the party because I am sick, that is a reasonable expanation, even if we can’t explain why I am sick. If we accepted the logic of this argument, we have no science, because science always explains something in terms of something else, which then has to be understood – for example, the “standard model’ is used to explain many aspects of quantum physics, even though scientists cannot yet explain why the model is correct.

Besides, philosophers recognise the difference between contingent things (like the universe) which require an explanation and necessary things (like God, if he exists) which don’t. So this argument fails twice.

These arguments are the weakest we have looked at. They are commonly used, especially on the internet, but they all rest on unproven assumptions and misunderstandings. The first three only apply to a believer who has no reason to believe, just faith – but despite common atheist claims to this effect, this is almost never true of christians, whose belief is based on historical evidence. The fourth argument is based on both scientific and philosophical misunderstandings. There is nothing here to even slightly disturb a christian’s faith, though you are unlikely to win that argument with an internet atheist.

« Arguments against God – from science
Son of God, son of man »