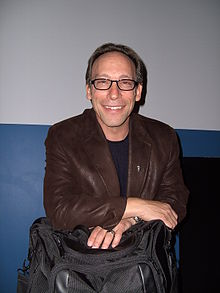 Creation out of nothing (ex nihilo) is one of the fundamentals of the christian faith. The Cosmological argument attempts to use the universe to show that God exists. The universe couldn’t cause itself to exist, the argument says, nor could it exist for no reason, so an external agent (what else but God?) must have caused it.

Despite various attempts to refute the argument, it remains a strong one, not least because of its basic common sense. But some atheists have argued that quantum physics shows that the universe could indeed have arisen out of nothing.

Quantum physics is a difficult subject to understand, and many of its conclusions apparently defy logic. For example:

Yet despite these strange facts, scientists say quantum physics is one of the most well-established areas of science.

A universe from nothing?

The propensity for particles to come into and out of existence forms the basis of an argument that this could explain the universe without God. For example, physicist Lawrence Krauss (an amusing and engaging speaker on science and religion) argues this way in his latest book A universe from nothing. The book apparently gives a good outline of current understandings in cosmology, but the claim that has drawn the widest attention is that, not only can something as big as the universe arise from nothing, but that something inevitably will arise from nothing.

Physicist Luke Barnes, in his blog Letters to Nature, calls Krauss’s conclusions “sophomorically irrelevant”. Prof David Albert (who has qualifications in both quantum physics and philosophy) says in a review of the book, that none of these appearances of particles “amount to anything even remotely in the neighborhood of a creation from nothing.”

Eminent cosmologist Martin Rees is quoted as endorsing the book with this statement (my emphasis): “In this clear and crisply written book, Lawrence Krauss outlines the compelling evidence that our complex cosmos has evolved from a hot, dense state and how this progress has emboldened theorists to develop fascinating speculations about how things really began.” Rees’ emphasis agrees with his comments on creation from nothing in his book Just Six Numbers:

“Cosmologists sometimes claim that the universe can arise ‘from nothing’ – but they should watch their language, especially when addressing philosophers. We’ve realised ever since Einstein that empty space can have a structure such that it can be warped and distorted. Even if shrunk to a ‘point’, it is latent with particles and forces – still a far richer construct that the philosophers’ nothing.”

A ‘heads up’ for apologists

Unbelievers naturally want to defend their conclusions just as we christians do. So expect this book to be quoted extensively in the coming months and years as a justification for denying the force of the cosmological argument, and to argue against creation by God. It seems that the argument is not scientifically true, but I don’t expect that to stop it being used.

« Bart Ehrman on did Jesus exist?
Arguments against God – from science »