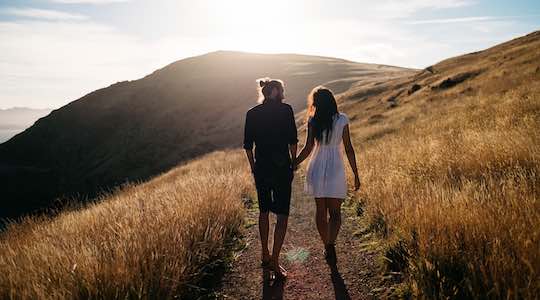 It hasn’t always been comfortable being a man during these #metoo days. Men we might have thought could be trusted have been accused, and often admitted to, all manner of unacceptable, sexually predatory and abusive behaviour, mostly against women.

For me, it became most pointed when this last weekend I read a long article in the Sydney Morning Herald, The Great Sexual Reckoning by David Leser.

We christians surely need to listen, take notice, and act in whatever way we believe is necessary and appropriate.

I recommend you read David Leser’s essay for yourself. You won’t find it easy reading, but we need to hear these facts, these stories. Stories of the abuse of so many women via rape, mutilation, murder, cliterodectomies, broken bones and acid attacks. Mass rape as a weapon of war. Humiliation and subjugation. Women being cruelly tortured and murdered because they had brought “dishonour” on their families when they were preyed upon by men who raped them and yet escaped any censure or punishment.

The UN and the World Health organisation estimate that a billion women worldwide have been raped or beaten, making violence against women the more persistent and wide-spread form of violence in the world today.

It’s not all overseas either. There are sex slaves in Australia. Too many women killed in domestic violence here. Disgusting treatment of girls by teen boys in a country town. Gang rape and murder.

Then there’s the stories of the men, apparently respectable, powerful men who have been accused of abuses blatant and subtle and have now been named and shamed. Even if some of the stories turn out to be unfair, there’s so much smoke here there must be a lot of fire.

I won’t go on. The situation is dire. Half the world has to be careful, often fearful, of being in the wrong place at the wrong time to avoid the other half abusing them.

Leser discusses some of the causes of this horrific litany of abuse, and asks whether we need to reconsider our attitudes to songs, photographs, advertising, films and writings that make light of male dominance and inappropriate attitudes to women, especially our attitude to pornography. He discusses how boys are too often brought up to be tough and not show emotion, to fight.

While the immediate cause is often the violence and power of individual men, many believe that these abuses arise out of the deeper cultural issue of patriarchy.

Many ancient societies treated women as inferior to men. Leser quotes examples from ancient Greece and even more ancient Israel. Men who wanted to be sure of the paternity of the sons that would inherit, so they controlled their women, who effectively became their husband’s property.

The christian church bears its share of blame. Many influential christian teachers over the years treated sex as a necessary evil and women as temptresses. Some echoes of these attitudes remain in some parts of the church to this day. Modern day Islam continues a similar attitude.

And so we live in a world that, until recently, women were rarely able to take on responsible jobs and rise to top, and were not paid the same as men even if they did the same job. Men were seen as capable, doers, while women were the weaker sex, heavily dependent on men and living to serve their men.

And that was pretty much the world I grew up in. It has changed in advanced western countries, in theory at least, but we are a long way off true equality, sharing of power and ending the threat of violence against women.

It is painful to admit, but we christians must face that we have been responsible for some of this situation.

Medieval (and even older) attitudes to women sometimes continued in the church until modern times. Most churches are patriarchal organisations, where women have been restricted, either by law or by habit, from taking on leadership or teaching roles.

In Sydney where I live, a number of women, wives of clergy, have recently reported abuse from their husbands, including rape and violence.

A recent Australian Royal Commission (a powerful judicial investigation) into institutionalised child sexual abuse included in its findings that abuse in churches was aided by church attitudes to authority. The priesthood and other leadership (mostly male), especially in the Catholic Church, maintained a culture of “entitlement, superiority and exclusion, and abuse of power”. This looks awfully like patriarchy again.

Aussie christian leader, Mike Frost, believes followers of Jesus have a moral duty to usurp patriarchy, and references Jesus’ Beatitudes in support of an attitude of serving rather than domination. There is much we can do.

But …. there is an issue that we need to confront – male headship.

The Bible appears to teach male headship over women and restrictions on the legitimate roles of women. Many sincere christians will be appalled by the uncovering of so much violence and abuse against women, and would never have hurt a woman in their lives.

And yet they sincerely support male headship, despite the fact that headship sometimes leads to domestic abuse, and generally means women are made subservient. Despite many believing headship is outdated patriarchy, and assists in creating conditions where women are abused. And so brings the christian faith into disrepute.

Is there a way through this dilemma?

I think there is.

Sometimes, to effect necessary social change, we have to bend our culture beyond the point we want it to go, to combat entrenched opposition and create the conditions for change. Later, we can restore the balance.

When I was a public servant back in the 1980s affirmative action was deemed necessary to give equal employment opportunity to women and minority groups, and targets were set to increase their representation in the government workforce. Some objected it was unfair, but I always thought it was necessary to make up for years of discrimination.

I think it is the same with women in the church.

I suggest, in response to this appalling history of abuse, even those who believe in male headship should voluntarily, as the male head they believe should make the decisions, give up their “right” to be the head, and share leadership with their wives and fellow female church members. The rest of us are there already, but we need everybody in on this.

“Who, being in very nature God,
did not consider equality with God something to be used to his own advantage;
rather, he made himself nothing
by taking the very nature of a servant”

If we are following Jesus, we should be ready to do as he did, and choose not to hold onto power, even if we believe it is rightfully ours. (I don’t believe it is, but many still do.)

It is the least we men can do to start the process of healing in the church, and to play our part in the healing needed in the world.

The old way has led to too much suffering and evil.

Let’s not fight change, let’s start to make a difference.