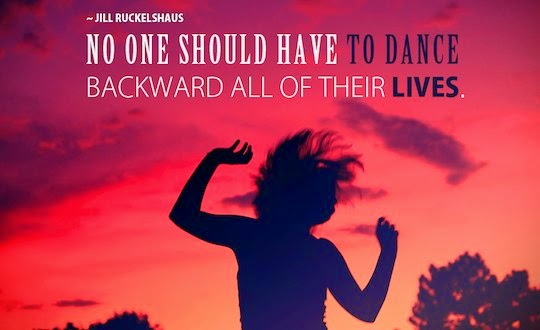 Two recent experiences led to this post, which takes up one of the issues I raised in The New Reformation.

Two weeks ago I attended the TEAR Conference in Sydney. TEAR Australia is a movement of Christians responding to the needs of poor communities around the world. One of its major emphases is raising the status and treatment of impoverished and mistreated women and girls around the world.

Then just last night I was speaking to a vibrant young christian woman who is committed to social justice and peace. She was concerned about conservative christian teaching on male headship and the submission of women, and how it might either prevent her marrying or blight a future marriage.

I couldn’t help seeing the connection, and the irony.

Inequity for women around the world

The statistics are shocking.

It is no wonder that TEAR Australia, in seeking to improve the lives of the world’s poor and powerless, has an aim and a policy to improve gender equity and justice for women.

But if gender equity is important for the world’s poor, is it not also important in the west too?

Gender equality in the western world

I have seen enormous change in my lifetime. My mother ceased paid work when she married, as did most women of her time, and never went back into the paid workforce. By the time I started work in the early 1960s, there were more women in the workforce, but mostly in the lower status jobs (typist, secretary, etc).

I can well remember when women with university degrees began to take up professional scientific work, and government employees were required to use non-sexist language and employ people on the basis of merit without regard to gender (and other factors). One of my best friends was strong in her emphasis on women’s rights and equality.

But the next generation of women were different. I was responsible for interviewing and appointing a bunch of new environmental science graduates, and they weren’t nearly so concerned about women’s equality in the workforce – they simply expected to be treated on their merits. I’m sure it wasn’t the same everywhere, but the battle had been largely won.

Gender equity is the norm

And so my conversation last night reflected this background. The young woman I was speaking with had grown up in a world where gender equality was the norm. She has trouble imagining life any other way.

Except in the church.

And so the christian church in the west has faced a problem. For centuries, on the basis of clear Biblical teaching on male headship and female submission in family and church, women have been denied equality, denied opportunities to be leaders or to teach, and often treated patronisingly.

Our culture requires gender equality, girls growing up expect it, our overseas aid and mission organisations work for it, and yet many of our churches deny it.

Something’s got to give!

Churches and christians have responded in several ways:

Grit your teeth and hang on

Some conservative churches have held the line on the traditional teachings. Men still dominate women in areas of leadership and decision-making, and marriages are still less than equal. But these churches are generally not consistent, for they don’t follow literally every Biblical command. Worse, they are tending to lose the next generation (I’ll post on that soon), and seem destined to slowly die.

Other slightly less conservative churches hold to the traditional doctrine in their public teaching and practice, but men don’t take a headship role in marriage. Couples are pragmatically equal, and women take on additional roles in the church provided the appearance of male headship is maintained. It sort of works, but probably it too will be slowly rejected by the next generation.

Just let it all go

More liberal or progressive christians have a much easier road – their less authoritarian and literal approach to the Bible allows them to simply say they believe a loving God would not approve of the subjugation of women. But this view comes at a cost, because in the end it permits almost anything we want – and in the past this has included slavery, apartheid, war, exclusion and so much more.

What is the Spirit saying to the churches?

Jesus promised the Holy Spirit would guide us into truth. Instead of insisting on traditional interpretations, looking for Bible passages to justify our preconceived opinions, or just relegating the Bible to being a historical document barely relevant to today, I believe we should trust the Spirit more to guide us in interpreting the Bible and arriving at God’s truth for today.

How would it work?

The role of women today

The Bible doesn’t claim to be inerrant or to be taken as a once for all time repository of exact truth, and Jesus and the apostles didn’t treat their scriptures in that way. Rather, the Bible seems to be a divinely inspired record which the Holy Spirit uses to show us truth.

Most of its teachings were related to the situation of their day and there are many which changed over the years (compare the difference between Old and New Testament teachings on the Sabbath, sacrifice, giving, treatment of enemies, etc) and many that cannot be applied literally today (e.g. OT sacrificial laws cannot apply when there is no temple and most of us are not Jews; meat offered to idols is not an issue today).

It is easy to set up theological systems which tell us how to re-interpret and re-apply these ancient teachings into our twenty-first century world. But such systems were generally developed centuries ago, and are now out of date themselves, and have become also set in stone and becoming less relevant.

Use the Spirit, Luke!

The Spirit has spoken?

It seems to me that the Spirit has indeed spoken. First he spoke through the world, which now requires equality by law.

(This may seem shocking to some, as it was to Habukkuk two and a half thousand years ago, but God often uses the world to judge and change the church when we are unwilling to listen – e.g. the world often led the church in environmental care, non-violence, a retreat from materialism, and concern about sexism and racism.)

Then he spoke through the many churches that have already accepted women into equal roles. Now he is speaking through the increasing number of evangelicals who are promoting gender equity.

We no longer live in a patriarchal culture, and the church is slowly changing, adapting to the times.

I believe that is God’s preference for us today.

Nothing is won without sacrifice

Whichever choice we make, there will be a cost.

I believe the cost for the conservative church will be increasing irrelevance, loss of members and (for many) eventual demise.

But those who stand for gender equality will, I believe, be forced to re-examine the way they think about the Bible and its authority. I think that will be a good thing, but it will certainly deter some churches.

These are interesting times, and this is part of the new reformation.

« The new Reformation
The only constant is change »