I remember about 40 years ago coming to the conclusion that the church in the western world was, in the next few decades, going to go through changes as significant as the Reformation. I felt we had got away from the truth in several important areas – introspective & hierarchical churches, dead orthodoxy in many christians’ lives (including me), and failing to heed Jesus’ teachings on non-violence, acceptance and the perils of wealth – and God surely wouldn’t allow this to continue unchecked.

I think we are now in the middle of a new reformation, and here are some of the signs I see.

Change seemed to speed up after World War 2, with the following being prominent:

Christians had long been at the forefront of bringing education and medicine to impoverished countries, but after WW2 there was greater awareness of wealth and other inequality and environmental issues. Christian aid and development organisations were established (e.g. World Vision in 1950 and TEAR in 1968. 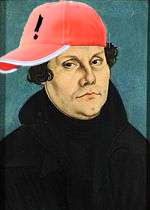 Gender equality is well on the way, and only the most conservative of younger generations now hold to the old ‘complementarian’ view. Christians attitudes to gays are also being re-examined. At the very least, younger christians are showing broad acceptance of gay marriage and repentance about past mistreatment of LGBTI people. Whether complete acceptance of LGBTI lifestyles will, and should, also follow is not so easy to discern.

Do you think there is anything important I have missed out? Please add a comment.

I will be looking into some of these matters in more detail in the next few weeks. I’d love to have you join in and respond with your own observations.

« Asylum seekers: a long journey for many of us
Gender equity? »