LLM posted an interesting quote from Tim Keller in her blog, Enough Light. Here is a part of it: 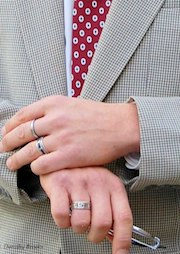 Jesus’s teaching consistently attracted the irreligious while offending the Bible-believing, religious people of his day. However, in the main, our churches today do not have this effect. The kind of outsiders Jesus attracted are not attracted to contemporary churches, even our most avant-garde ones. We tend to draw conservative, buttoned-down, moralistic people. The licentious and liberated or the broken and marginal avoid church. That can only mean one thing. If the preaching of our ministers and the practice of our parishioners do not have the same effect on people that Jesus had, then we must not be declaring the same message that Jesus did. If our churches aren’t appealing to younger brothers, they must be more full of elder brothers than we’d like to think.”

It seems to be.

Keller may have exaggerated the offence Jesus caused to “Bible-believing, religious people” – many of his followers would have been faithful believers (Anna and Simeon in Luke 2 come to mind). It was more the religious establishment that he offended. But his general point seems to be true of Jesus’ ministry.

And it certainly seems true, in western countries at least, that most successful churches are in middle class “Bible belt” areas, and christianity doesn’t do so well among the less educated. Some years ago many of my “church friends” were people who were marginalised and stigmatised (in their own eyes, and I suppose often in reality) by drug dependence, alcoholism, mental illness or unemployment, and some of them really struggled to feel they could be accepted by God and by christians in the church.

If it’s true, what are we going to do?

What do you think? Please make a comment, start (or continue) a conversation.

« Just because you know something doesn't mean you have to say it!
Climate change: causes and remedies »