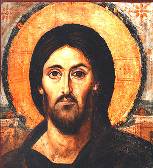 In my last post (CS Lewis’ trilemma – not so effective now?), I discussed the much used argument, made famous by CS Lewis, that Jesus claimed to be divine, something a good and sane person would not do. Therefore Jesus must either have not been good, or not sane, or he was indeed divine.

The argument is now commonly met by the counter argument that Jesus never claimed to be divine, it was just something made up by his followers. Any attempt to use the New Testament to support the argument is met with scorn – why should we believe it?

But there is still a way to use the argument, we just have to be better prepared.

For any discussion or argument to proceed, those involved need to share some common ground. Obviously they need to understand each other’s language. But they also need to share the same set of assumptions – if they don’t, the discussion will keep reaching an impasse.

Belief in the truth of the New Testament is not common ground with most non-christians. We need to find something else.

Secular historians do not treat the Bible as a divinely inspired book. Rather, they approach each of the documents that make up the Bible as they would any other document, and assess its historical value by various criteria, such as whether an event or teaching is found in multiple sources, and whether it fits with the culture and language of the time and with other known history.

Thus, if we use the conclusions of secular historians (some of whom are christians, but others are not) as a starting point, we may have common ground. (In my experience, many non-believers will not even accept that lowest common denominator, but this does at least mean we are the ones being rational and basing our views on the evidence, and leaves the non-believers having to justify why they don’t accept the evidence of the best scholars.)

So, is there enough that most scholars accept as genuine to show that Jesus claimed to be divine?

Did Jesus claim to be divine?

Using passages which even non-christian historians generally accept as genuine, an impressive case can be built, based on the following (for a more detailed discussion, see Jesus – son of God?):

I have not used the many “I am” statements in John’s gospel because many scholars do not accept that John records the words of Jesus, but rather his own interpretation of Jesus’ teachings.

It seems clear, even using only passages that most scholars accept as genuine, that Jesus made some amazing claims that he was more than a “mere man”, and some which can only be reasonably interpreted as making an implicit claim to be divine. New Testament scholar Richard Bauckham sums it up:

“The only Jesus we can plausibly find in the sources is a Jesus who, though usually reticent about it, speaks and acts for God in a way that far surpassed the authority of a prophet in the Jewish tradition. …. such prerogatives belong uniquely to God and cannot simply be delegated to someone else.”

Not all scholars will accept Jesus’ divinity as a fact of history, but using the facts they do accept a case can be made that Jesus did indeed claim to be divine – and therefore the old argument still stands. To negate the argument, non-believers have to go against the conclusions of the consensus of historians.

I suggest we should still use the trilemma in a modified form, but we need to do our research and put together some quotes and conclusions from secular scholars. This may not be an easy task for some people, but I can recommend the discussion of this matter in William Lane Craig’s Reasonable Faith as a good start.

« CS Lewis' trilemma – not so effective now?
Do we have a soul and is it immortal? »