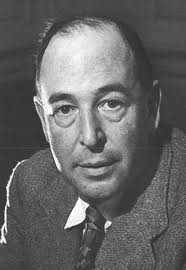 I have been a CS Lewis fan since my youth. So I remember being impressed by his argument, in Mere Christianity, that Jesus was divine. He could not have been merely a great moral teacher, Lewis argued, for his claims were such that either he was mad, or evil, or truly the Lord.

These days, the argument, often called the trilemma and abbreviated (and changed a little) to Liar, Lunatic or Lord? is not so effective. It is important that we understand why.

The strength of the trilemma

The argument gains its force from the respect that many people, even irreligious ones, have for Jesus. He was clearly a very influential person who, according to the popular view at any rate, preached love and stood up for the underdog (women and social outcasts). Yet he made claims to be divine, something a balanced person wouldn’t do. Few in Lewis’ day would have been willing to say that Jesus was evil or insane, so the argument inevitably pushed people to consider that he must have been divine.

The weakness of the trilemma

Yet today, there are many who will resist the argument. Some will claim Jesus never existed (however historically implausible that might be – see The Jesus myth theory). Others will claim, against the trilemma, that Jesus was indeed a great moral teacher but not divine. Historian Michael Grant, in his book Jesus: an historian’s review of the gospels takes this view, and recently UK journalist Tom Chivers (In praise of Jesus Christ) thinks the same – he respects Jesus and his teachings on forgiveness and non-violence, but remains an atheist.

Why is the trilemma not effective with these people?

The trilemma only works if liar, lunatic and Lord are the only three possibilities, and good moral teacher is not possible. CS Lewis argued that a good man couldn’t claim to be divine if he wasn’t, but what if Jesus didn’t really claim to be divine?

Scholars such as Bart Ehrman argue that the gospels are composed of many layers of memories, the oral transmission of the stories about Jesus, and the contributions of several different writers and editors. Thus, they say, it is unlikely that a devout Jew as Jesus was would make such blasphemous claims. Furthermore, many of Jesus’ most ‘outrageous’ claims are in the Gospel of John, and many scholars these days do not accept that John faithfully records the words of Jesus, but reflects the beliefs of his followers half a century later when John was probably written.

So the trilemma becomes, at the very least, Liar, lunatic, Lord …. or moral teacher (or, more likely, end-time prophet) whose followers gradually developed the idea that he was divine after he was tragically executed. Christians may reject this conclusion, and the view of the New Testament that it is based on, but that won’t stop opponents from taking this line.

Is that the end for the trilemma?

Many people, including christians like New Testament scholar Craig Evans and philosopher William Lane Craig, have pointed out the weaknesses in the trilemma. However Craig and others argue that the form of the argument is still true and effective, we just need to be more careful how we use the New Testament to develop the argument.

« The Queen's speech
Resurrecting the trilemma »