aka “a simple desultory philippic” a 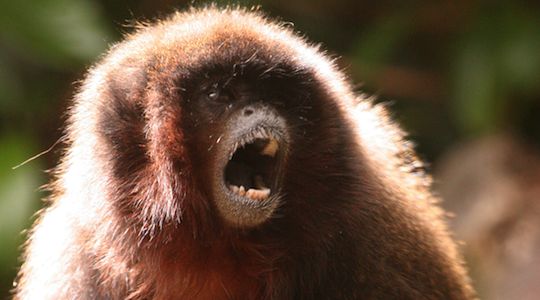 We interrupt this series on difficult questions for a short rant. Please move along quickly!

Sometimes something that you’ve seen or heard before becomes memorable for no particular reason. This happened twice recently to me.

I watch very little TV, spending much of my evenings on the internet, and almost never do I watch Sydney’s commercial channels except for sport. But recently, while on a brief holiday, I watched the first episode of the new X-Files series.

The X-Files was interesting, with (I’m told) all sorts of references to the past series that went over my head. But the big shock was the advertisements, which I am not used to.

Channel TEN is probably the most down market of the five main Sydney TV stations, and there were constant promos for its rather low-brow shows, including a new “celebrity” unreality show hosted by one of the greatest cricketers of all time who has parlayed his sporting reputation to become a celebrity bogan.b

For the rest, it wasn’t so much the products being advertised, but their style – loud, materialistic, often portraying shallow or demeaning attitudes and pandering to greed, selfishness, and inconsequential aspirations. They must think their demographic is a trivial generation.

I don’t suppose there was anything unusual about all this, it was just a shock to my naive system.

It reminded of a time a while back when I walked through the centre of Sydney past a location where there were a number of up-market clothing stores, each showing large posters with their beautiful models demonstrating what we could aspire to be if we bought their expensive gear. But the noticeable thing was the expression on the models’ faces – rarely a smile, mostly an expression of aloofness, sometimes even apparent disdain, which must be considered to be “cool”. Is that the sort of people we aspire to be?

We in Australia (along with many other countries) live in an age of enormous privilege. We have wealth and possessions beyond the imaginations even of our grandparents, opportunities for higher education, meaningful work and travel, and access to the whole world via the internet. And yet it seems this high point of civilisation has just given our culture more opportunity to be trivial.

Although I live in Australia, I still take some interest in the US elections, because what happens in the US has implications around the globe. It is often hard to believe that the presidential candidates are the best available.

I looked at the online news after the recent Iowa caucuses (I gather there is some difference between a caucus and a Primary?), and heard a short part of a speech by Republican candidate Marco Rubio. He was very personable, and I can see why many judges rate him the most likely Republican candidate to win enough votes to gain the Presidency (if he is able to win the nomination).

But one thing scared me.

Part of his rhetoric was that he would make America great again (somehow he thinks Obama has been bad for the country despite the economic recovery from the Bush era). I think every candidate probably has to say something like that to give citizens some reason to bother voting, but he mentioned a few specifics.

One of his specifics was to enlarge the military, because, he claimed, the world is a better place when the US is the dominant military power.

It is true that there are times when Australia and other countries have benefited from US military might. But there are hundreds of thousands of Iraqi citizens killed in the second Gulf war – perhaps a hundred for every life lost in the Twin Towers. There are many non-combatants, including children, who have been killed by impersonal drones. These are people, mothers, sons, daughters, brothers, yet they are too often reduced to being “collateral damage”. The US has caused the overthrow of governments and has a habit of interfering in the affairs of other countries without UN approval.

There are many in the west who are very ambivalent about the US. Grateful at times, but at other times scared of how that military muscle is so often misused. And at present worried that gung ho politicians are reinforcing violent attitudes and stereotypes, and could conceivably use war to win popularity at home.

After all, this is a country that has several times more guns per person than most western countries, and about 30 times the rate of gun deaths, yet is unable to see there is a problem. It is therefore, perhaps, not surprising that US citizens are apparently blase about their military killing so many non-combatants overseas.

What’s Jesus got to do with it?

It isn’t hard to see that Jesus was opposed to greed, materialism, violence and viewing life cheaply – ours (by trivialising) or others’ (by killing).

Somehow, we christians, whether in Australia, the US, or elsewhere, seem able to convince ourselves that he didn’t mean what he said, and too often find it easy to go along with our culture.

I’m sure I’m guilty too, sometimes. But sometimes the truth becomes obvious, when the opposite view is so clearly in front of us.

Thanks for listening. Now to get back to faith and works.

(b) Australian slang for someone who is somewhat unsophisticated and unrefined.