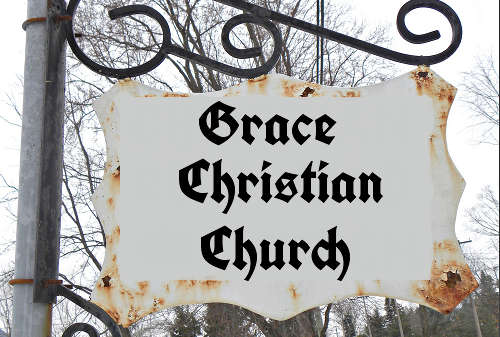 Jesus told a very striking story. You probably know it. A man owed a large amount of money but couldn’t pay, so he asked his banker for extra time to make the repayment. And he was given time. But then he called in a small debt he was owed, and refused the poor man’s entreaties for extra time.

When the banker heard about what had happened, he was angry that the grace he had extended was not passed on.

Jesus drew the devastating conclusion: we who have received great grace from God will be judged by whether we pass that grace on to others.

But are we listening?

My friend Laura at Enough Light drew readers’ attention to this story by Michael Cheshire: Going to Hell with Ted Haggard.

From what I can read about Haggard, it isn’t at all clear exactly what he did (though he freely admits his behaviour was badly wrong), how much he has really repented, whether he has really been healed from all this, and whether he should indeed be back in ministry. And I am in no position to judge one way or the other.

But Cheshire has come to the conclusion that Haggard has been badly treated by an unforgiving christian culture in the US. Not only that, but he has been criticised for befriending Haggard. Cheshire argues that he is just doing what Jesus would do and showing grace, just as he has been shown grace by God.

The most devastating part of Cheshire’s story comes from an atheist friend, who pointed out that Cheshire was always telling him that God was forgiving, but christians were unforgiving and seemed to hate Haggard. Then he said:

“You Christians eat your own. Always have. Always will.”

Whatever the rights and wrongs of Haggard’s recent life, this ought to set alarm bells ringing. If we are known more for judgment and legalism than for grace, we have lost our way – or more importantly, we have lost the way of Jesus. It is true that Jesus had harsh words for religious leaders who made things difficult for the poor, but he always had kind words for the penitent.

In his excellent book No Perfect People Allowed, John Burke tells of how he, a pastor, has trained his congregation to show grace to newcomers rather than judgment, no matter who they are or what they have done. The temptation for christians is to try to tell people where their lives are wrong, but he argues each non-believer first needs to hear God’s grace.

It seems to me that being judgmental and self righteous is always a possibility for christians. The recent US Presidential campaign seems to be one example, where christians seemed to be so focused on a couple of ‘sins’ that they failed to give a picture of God’s grace.

I need to remind myself as much as anyone else – let us show grace first, because that is at the core of God’s character, and allow the Holy Spirit time to do the convicting and changing that he knows is necessary.

Photo: Flickr Creative Commons, with text added by unkleE. This photo and this story has nothing to do with the church in the original photo.

« Don Richardson: a blast from the past!
Out with the old, fiddle around with the new! »