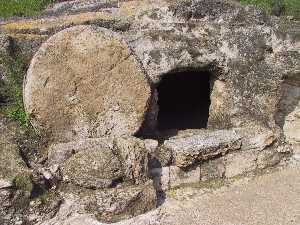 The resurrection of Jesus is obviously one of the central teachings of christianity, and is also under attack from sceptics. Disciples need to know why they believe it in the first place, how to defend their belief, and even perhaps how to use the resurrection as a challenge to non-believers.

Attacks on the resurrection

Sceptics argue that the resurrection couldn’t have occurred, or that there is insufficient evidence that it occurred:

Evidence for the resurrection

As usual in these historical questions, I think the best place to start is the conclusions of secular historians, the majority of whom conclude that:

Arguments for the resurrection

Can the gospel accounts be reconciled?

Oxford scholar, the late John Wenham, has attempted to reconcile the disparate gospel accounts. Based on plausible assumptions about the identification of some of the un-named (or ambiguously identified) characters in the story and of the writers of the gospels, Wenham has woven a narrative that explains all the Easter events and the appearances of Jesus in a logical way. Key to his explanation is his view that each gospel writer reported those appearances and conversations where he or his sources were present – hence the diversity of accounts.
His account may or may not be historical fact, but it is a fascinating reconstruction, and shows that the gospels are not necessarily inconsistent. It’s an old book – Easter Enigma by John Wenham – but can be bought online and is highly recommended.

Based on the historical ‘facts’, a person who believes in God clearly has no necessary reason to disbelieve in miracles, and thus sufficient reason to believe Jesus was raised from death. Wenham’s harmonisation strengthens this belief.

William Lane Craig commonly uses the ‘minimal facts approach’ to argue in public debates that the resurrection shows that God probably exists. He explains how every alternative hypothesis is implausible (a matter many historians agree on) and that the explanation that the resurrection of Jesus really was a work of God is in fact the only hypothesis that explains all the facts. He very often wins these points.
However many other christians are content to simply argue that once they believe in God, the resurrection is a reasonable belief. They are reinforced in this conclusion by Jeffery Lowder, founder of the Secular Web site for the Internet Infidels, who investigated the arguments for and against, and concluded:

“On the basis of the available evidence (and the arguments I’ve seen), I conclude that a rational person may accept or reject the resurrection.”

Read about the historical facts and the arguments for and against in more detail in The resurrection.

« Reason and ridicule
Is your church heading in the right direction? »