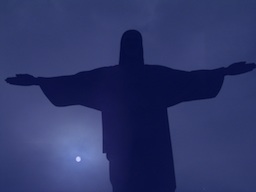 1 Peter 3:15: “Always be prepared to give an answer to everyone who asks you to give the reason for the hope that you have.” Jesus is the centre of our faith, so we need to understand, and be able to explain clearly, why we believe in him.

This isn’t as easy as it used to be. (This post follows on from my discussion of Training disciples to stand and Apologetics for disciples.)

Can we trust the Gospels?

Once, a christian could quote stories of Jesus from the gospels and they would generally be accepted But nowadays it will often not be enough to simply quote the Bible. Many people have seen TV shows questioning the Bible’s historical reliability, and they may want to know why we believe it to be true.

And some of the old apologetics may not be so useful either. While christian apologists like Lee Strobel provide good information for believers, many unbelievers will say (quite correctly) that his books on Jesus are christian apologetics, and do not represent the consensus of historical scholarship. They may want to start from a more neutral position.

It can be useful in some situations to start with scholars who are not always christians, and who approach the gospels as they would other historical texts, and not as divinely inspired. Even though they will question the historical reliability of some sections of the gospels that we believe, they still endorse a great deal. If sceptics refuse to accept these scholars, then it is they who are closing their eyes to the evidence.

We can get a lot from the most respected scholars:

I don’t suggest we all need to read a raft of scholarly texts on the New Testament and Jesus (few of us want to read large academic books), but I do suggest we should be more familiar with the approach I’ve outlined, so we can use it when required. For most people, I suggest reading Aussie historian and pastor, John Dickson – his books have a strong historical basis, and reference the most respected scholars, yet are easy to read. A good place to start is Life of Jesus, both book and DVD. Not only will John give you some good apologetic material, but you will find your understanding of Jesus will be deepened.

It is not enough that people accept that Jesus was a historical figure who taught and was crucified in first century Israel. We want people to see that he was (and is) the son of God and our saviour. To establish this, christian apologists used to rely on the claims of Jesus and the argument that a person who made such claims had to be either the son of God, a liar or a lunatic, but these arguments require a little more work these days. For a start, many sceptics will not accept as genuine many of the passages used by apologists – for instance, the “I am” sayings in John’s gospel.

William Lane Craig’s book Reasonable Faith contains arguments based on passages generally accepted as genuine by contemporary scholarship to justify the conclusions that Jesus was divine and that he was indeed resurrected. The book is solid reading, but the lines of argument can be understood by most christians – see Jesus – son of God?.

Most scholars would accept as genuine passages which tell us the following:

From these teachings and the passages where they are found, it can be seen that Jesus claimed a special relationship with God, one which is most reasonably explained by his divinity. Many scholars would not agree with the conclusion, but most would accept the passages on which it is based.

Craig also uses what has become known as the minimal facts approach to the resurrection. It can be shown that the majority of New Testament scholars accept a number of facts about the end of Jesus’ life as historically established (i.e. they don’t require faith), because there are good historical arguments supporting this conclusion:

Taken together, the arguments about how Jesus presented himself and the early belief in his resurrection, can be a strong basis for faith and for apologetics – and it’s all based on good historical facts.

We need to do our homework

Apologists and teachers should try to become familiar with this line of approach, and give some basic outline to all disciples. This will give everyone a basis for their faith in Jesus that can stand up to critical scrutiny.

This approach to apologetics is based on a reasonable consensus of secular scholars, but we don’t need to limit ourselves to this historical ‘lowest common denominator’. If we accept the scholars’ conclusions and choose to believe in Jesus, it is not unreasonable to go on and accept in faith that God has ensured the gospels are reasonably reliable overall, even those parts whose historicity the scholars cannot determine. Thus our faith in the gospels is built upon established historical facts and conclusions.

« Apologetics for disciples
Believing "by faith" »