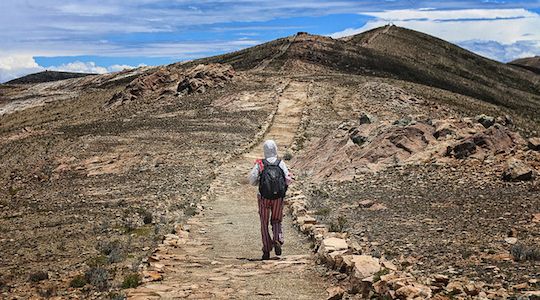 “All the people we used to know
They’re an illusion to me now
Some are mathematicians
Some are carpenters’ wives
Don’t know how it all got started
I don’t know what they’re doin’ with their lives
But me, I’m still on the road”

Bob Dylan: Tangled up in blue

In my previous post (I don’t know what they’re doing with their lives), I observed that many teens and young adults seem to drop out of faith after they leave school, or become less active and engaged sometime after they marry.

I’d now like to suggest a few reasons and remedies.

It seems that there are two basic reasons for this “dropout” rate:

2. The church is just not fulfilling

Churches can sometimes seem more like corporations than bodies. They can take up members’ time on the maintenance of the staff, building and programs, and offer little for idealistic youth and young adults, and little to encourage busy young families to find the time to get more involved.

As young adults mature and develop a social conscience about matters such as the environment, discrimination, inequality, poverty, etc, often via friendships with all sorts of people including those their church may not approve of – gays, atheists, political and Green activists, hedonists, etc – and the church can appear to be way out of touch and terribly conservative.

Research shows there are about 30 million adults in the US who used to attend church but are now “done” with church. They still believe, but many are now inactive in their faith. Social scientist Josh Packard: “They long for a more relational, intimate, and personal church. They want an engaged community, not an institution. They are worried about how the church is engaging with their friends and family—people they know at very deep levels.”

Any ideas I can offer will inevitably be generalities, probably applicable in some cases but not in others. But anyway here are a few thoughts.

Following Jesus is a journey

Too often we take the view that if a person “makes a decision” to believe in Jesus, then it’s all done, they’re OK. But Jesus said it’s the one who perseveres through to the end who will be saved (Mark 13:13). We need to help people, especially teens and young adults, to keep walking, and keep walking.

Parents need to help their children to independence

“If you love somebody, set them free” is the saying. And it’s true of parenting. Our aim as parents is to see our children become adults fully independent of us. And it doesn’t just happen. Good parents have to carefully encourage their children to learn to make their own choices, with the safety net of the parent’s as a backup at first. But later they have to be willing to see their children make some less than good choices as they learn.

It’s true spiritually too. Christian parents more or less believe on behalf of the children when they are young, but they must help their children to grow spiritually and develop their own faith and relationship with God. This may involve opening their experience up to new ideas, encouraging them to think for themselves and develop their own response to issues. It may lead to them disagreeing doctrinally, politically or socially with their parents, and their parents need to be able to accept this.

It can be too easy making young converts

Children and teens can often be easily led, by their parents, their friends, or emotion. There’s nothing wrong with emotion in faith, but evangelists, pastors and youth leaders should be wary of pressing teens to make decisions before they are really ready, before they really understand what they are doing.

We can rightly (I believe) encourage teens to take steps towards Jesus, but surely we should recognise that sometimes these steps are taken with lasting commitment, but sometimes they are shaky and likely to be temporary unless we help them take the next step, and the one after that, and ….

Doubt can be the gateway to new understandings. Teens, everyone in fact, should know it is safe to ask questions, disagree and even doubt. That will often be the way we grow in our faith and understanding. Like a snake, sometimes christians have to shed their skin and grow a new understanding that fits their more mature stage in life.

Give more and better reasons to believe

Some people intuitively accept the truth of the good news, but others need to work their way through evidence and reasons to believe. Evangelism and discipleship rarely include good apologetics for new or young believers, leaving them vulnerable to counter arguments. Sceptical arguments are often poorly based – e.g. arguments Jesus didn’t exist, or use of refuted arguments based on scientism (the belief that science is the only reliable way to know anything) – but if young christians who are interested in such questions aren’t given good answers, they are not well prepared.

I feel that much christian apologetics is weak – it seems designed to make christians feel “safe” but rarely cuts it in the rough and tumble of internet or personal debate. For example, christians often say that archaeology supports the accuracy of the Old Testament, when it offers only mild support at best (for the period from King David onwards), and almost no support and some contradiction for the period before David. This doesn’t necessarily make the Bible wrong in its history (though it supports the conclusion that the pre-David accounts include much legendary material), but the apologetic is easily dismantled. Likewise, the argument from fulfilled Old Testament prophecy is weaker than often claimed.

We do young christians a disservice if we give them false confidence via arguments that can be easily contested. Far better to recognise the difficulties and discover that they make little difference to faith in Jesus. I believe adults, especially pastors and leaders, should be more informed and honest about the evidence for, and problems involved in, christian belief, for their own sake as well as of the younger converts in their care.

Much evangelical teaching is built around human sin, and this means christians have to convince people they are sinners before the good news has relevance. This is an unattractive approach for sensitive evangelists and often a turn-off for non-believers (studies show this). The approach is an extension of Paul’s teachings (though he sometimes used other approaches) but bears little resemblance to Jesus, who often affirmed outcasts and challenged others without dwelling on their sinfulness.

It doesn’t have to be this way. The kingdom of God is a very positive idea, and inviting people to join that kingdom can appeal to people’s idealism and sense of wanting to change the world for good. If we recognised that such idealism is an echo of God’s character and can be a sign that God is already at work in that person’s life, we can be more positive and rely on the Holy Spirit to convict of sin at the appropriate time.

Back this up in our emphases

We should back up this approach to evangelism with an emphasis on being salt and light, doing good in the world, and serving the community around us and in less fortunate countries. This isn’t an add-on to the gospel, it is part of the gospel. It shows a glimmer of the kingdom of God to an increasingly desperate world and earns the right to say more when the time is right.

This will require churches, ministers and laypeople, to focus less on maintaining the institution, and more on preparing ourselves for, and doing, good deeds. When Jesus sent out his apostles (Matthew 10:7-8) he instructed them to proclaim the message that the kingdom of heaven has come near, then demonstrate this by good deeds ministering to the sick and downtrodden. We seem unable to heal as they were able to, but in other respects this simple approach still seems relevant to me.

Church is a foreign country

Church culture and services shouldn’t try to be trendy, but they should belong to the culture of the time and place, and not come from a totally other time and place. It’s not just language, songs and sermons that need changing, but priorities, attitudes and culture.

Jesus was a radical teacher, so there is no need to be ultra conservative. It would help if older christians and churches thought hard about, and earnestly prayed about, their traditional responses to hot button issues such as gay marriage, abortion, exclusivism, hell, the environment and political conservatism. It may be that some teachings in these areas should change, but it seems quite clear to me that attitudes must change. Fear, negativity, judgmentalism and unloving attitudes are a turn-off to many youth and young adults, and I think they have some lessons to teach the more conservative church.

Me? I’m still on the road

Life is a journey, and christians are following Jesus on that journey. Back in the day, “following Jesus” meant accepting his discipline and guidance as master and teacher.

We all need to allow him to keep teaching us and keep leading us. That means we will keep learning new things.

That has been the story of my life. I am not the same person I was when I first followed Jesus more than half a century ago, I don’t believe all the same things, and I don’t have the same priorities and emphases. I have tried, very imperfectly, to follow Jesus, and I believe he has led me into new and sometimes unexpected understandings. It has kept my faith alive and kicking, and I think I have avoided the problem of a stunted and brittle faith.

But my problems with the church remain. There seems to be very few churches who are really following Jesus in this way. Most seem to get caught up in all sorts of unhelpful traditions. Many appear to be insular or unloving. They often look more like corporations with a brand to protect. It is often hard to believe that Jesus meant it to come to this.

So I’m still on the road, learning new things and looking for the kingdom of God in the place where I live.

I think the future of the church depends on more christians doing something similar.