Climate change is often referred to as “global warming”, because one of the basic predictions of climate science is that the world is heating up. Most people accept this is happening, but a few still throw doubt on this, so let’s begin here.

Is the world really heating up?

Different approaches therefore give slightly different numbers. But the picture is quite clear. 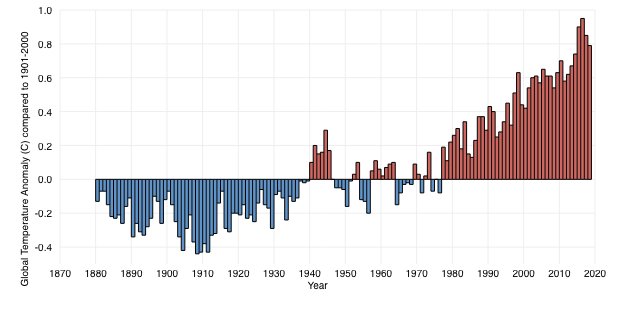 The last 5 years have been the hottest on record

The hottest year on record, globally, was 2016, meaning the average has dropped in the past two years. Whenever there is a fall in the global average temperature, some people immediately claim that temperatures are no longer rising. But the temperature records shows many fluctuations, and the longer term trend is definitely upwards, as the graph shows.

These are the facts on worldwide average temperatures (from Wikipedia): 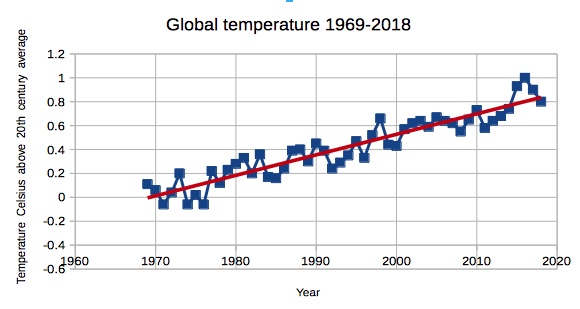 It cannot be doubted

There will always be occasional cold days and months and cooler years, because weather is very variable (I discuss this on the next page in this series). But the trend is clear. The world is warming, at an unprecedented rate, and is hotter than it has been for a long time.

This cannot be doubted by anyone who looks at the evidence. Those who say otherwise are not speaking factually.

Next: Weather: going to extremes