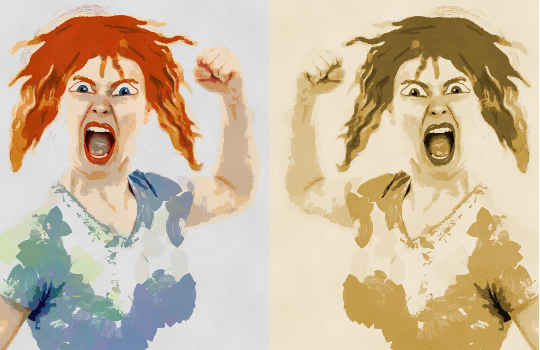 It is no news that people seem to becoming more polarised politically these days. But it is sad, unhelpful and unnecessary.

It is particularly sad when christians fall into this.

And it seems to be particularly common when discussing issues relating to terrorism and Islam. Like this last week …..

The mosque murders in New Zealand

We have all heard the terrible news of 50 people gunned down in two mosques in Christchurch. Everyone except a small bunch of internet extremists has condemned the attack of course, but responses after that have been interesting, but not always good, and sometimes a little ugly.

Some people have chosen to attack those who have been sympathetic to those bereaved and suffering after this incident. NZ Prime Minister Jacinda Adern has been much praised and admired for her sensitive and human response which has helped unite the New Zealand people at a potentially divisive time. Unfortunately she has also been criticised for real or imagined faults, and her admirers have been criticised for putting her on a pedestal. But I can’t imagine anyone thinks she is perfect, they just admire her response, compared to some other less attractive responses (see below).

I can’t see how any christian should criticise someone for showing compassion and for weeping with those who weep.

Another response has been to point out that Islamic terrorism has killed many people around the world, and to argue that the media and the general public are biased in not reporting these atrocities, as if somehow previous attacks perpetrated by others should lessen our compassion for those affected this time.

Of course we are all aware of atrocities committed by terrorists in the name of Islam. They are condemned by most people just as the Christchurch attacks were. Perhaps they are under-reported, I don’t know, but they are certainly not unreported – you could argue that the best known terrorist attack ever was the Twin Towers in the US.

But before we christians (and others) in the west rush to point the finger, we need to remember a few historical facts.

The west has given Middle Eastern people reason to feel aggrieved.

Do we really want to compare?

While we should rightly condemn Islamic terror attacks, we western christians should equally condemn US, European and Australian interference in the Middle East and elsewhere that has certainly taken far more lives and occurred over a far longer period. Unfortunately, the sorry record of western nations isn’t always taught in schools or mentioned in the media.

Jesus said (Matthew 7:3): “Why do you look at the speck of sawdust in your brother’s eye and pay no attention to the plank in your own eye?”

Don’t let the sun go down on your anger

It is understandable, and reflects a sense of justice, when we feel anger at gross disregard for human life. But we christians need first to repent and acknowledge that western nations, often nominally christian, also have blood on our hands.

In such circumstances, anger needs to be reigned in.

As it really always ought to be.

Surely now is a time for all christians to pray – for God’s healing and comfort of those affected by these shootings and other terrorist attacks, for the social unity of New Zealand, for forgiveness for wrong and selfish attitudes in the past and present, especially by God’s people, and for our “enemies” (as Jesus commanded us to do), that they and us together might receive grace from God.

« Evangelism – learning from unbelievers
Can I say anything new about the resurrection of Jesus? »