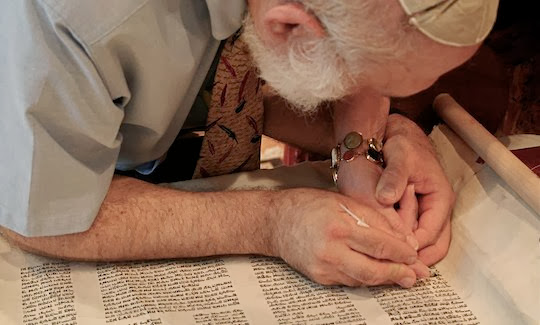 The Old Testament presents a number of problems for many christians. We are taught it is the inspired Word of God, yet it contains many things we find difficult – Genesis 1-3 is contradicted by evolution, God commands his people to invade and kill, and there are some strange events that are hard to swallow (e.g. the Nephilim, Noah’s Ark, God trying to kill Moses but not succeeding, and a talking donkey).

The Old Testament is probably a major reason why many people brought up as christians reject their belief, and it probably causes far more difficulties to christians than the New Testament does.

For many years, I put the problems aside. Jesus was the basis of my faith, and the New Testament told me all I needed to know about him, and how to follow him. I read the Old Testament mainly for understanding Jesus as a Jew, and I left the problems on the backburner.

But a couple of years ago, I started to pray that God would show me how to understand the difficult and nasty parts of the Old Testament, and then I read a few good books on the topic. Whether God has answered that prayer or not is not for me to judge, but I have certainly come to some conclusions…..

So what’s an honest christian to do?

Should we hold onto the doctrine despite the historical evidence, in faith that God’s word will be vindicated in the long run? Or should we accept the findings of the scholars regardless of how destructive that might be for our faith?

Is the choice so stark?

Not all the problems are caused by sceptical scholarship – there are internal difficulties that are obvious just by reading. So we can’t avoid some sort of re-assessment. But at the same time, the Old Testament contains the scriptures Jesus knew and respected, so we can’t just throw them away.

I decided I needed to find a middle view, that respects the scholarship and accepts that God still revealed himself through the Old Testament, even if I had to learn anew how God did that.

An assessment of the Old Testament on one page

I have been reading and pondering for a while now, and over the past couple of months I have reviewed scholarship on the Old Testament and tried to summarise it in as few words as would be reasonable. My first attempt is at What the scholars tell us about the Old Testament. As I learn more, I will update this page.

Two scholars and writers have led the way in my thinking, and made it easier to understand and accept a new (for me) view of the Old Testament.

I have blogged about CS Lewis’ view of the Bible before. Lewis has been perhaps the most influential christian writer in my life, and I have enormous respect for his knowledge, judgment and integrity. As a scholar of the ancient world, he had a good understanding of ancient literature and myth.

His view was that God used myth as well as history to reveal himself in the Old Testament. he sums up his view in a letter:

“If you take the Bible as a whole, you see a process in which something which, in its earliest levels (those aren’t necessarily the ones that come first in the Book as now arranged) was hardly moral at all, and was in some ways not unlike the Pagan religions, is gradually purged and enlightened till it becomes the religion of the great prophets and Our Lord Himself. That whole process is the greatest revelation of God’s true nature. At first hardly anything comes through but mere power. Then (v. important) the truth that He is One and there is no other God. Then justice, then mercy, love, wisdom.”

So I see no reason to be fearful of the idea that the early parts of the Old Testament are largely mythical, with the amount of history increasing as we go through the Old Testament. That is how the stories read.

I am particularly by Lewis’ observation that this “whole process is the greatest revelation of God’s true nature”. I take this to mean that we can learn a lot about God by the way he apparently revealed truth – not by overriding and imposing on human writers, but by moving subtly to lead his people towards truth.

And this view resolves some of the difficulties I began this post with – those events may not be historical.

Peter is a contemporary Old Testament scholar whose writing I have found very helpful. He honestly faces some of the internal and external evidence that questions the traditional evangelical view (and therefore supports CS Lewis’ view, though I don’t recall him ever referring to Lewis).

He argues (again like Lewis) that we should embrace the way it seems clear God has given us the Old Testament, and he shows that in some respect, Jesus and the New Testament writers also didn’t hold an inerrant, fixed view of the Bible.

Exciting rather than threatening

I have come to see this new understanding of the Old Testament as exciting rather than threatening.

If it is indeed the way God has chosen to reveal himself to the human race, we should embrace it rather than expect God to have done it a different way. (This is important for both evangelical christians and ex-evangelical ex-christians!)

It doesn’t change anything I believe about Jesus. My reasons to believe are based on the New Testament alone, and I still see the Old Testament as providing background to Jesus’ teaching and mission. I can report that my faith in Jesus and my commitment to serving him through serving people has not diminished in the slightest since I came to these conclusions.

And it removes the very real difficulty of believing that God really did command wholesale killing of men, women and children.

Does this mean the Bible isn’t the inspired word of God?

If we look to the Bible itself for what we should believe about it, we will find many of the evangelical statements about the Bible (inerrant, infallibility, Word of God) are not found there – see What does the Bible say about itself?

CS Lewis didn’t think his view of the Old Testament negated the inspiration of the Holy Spirit. However the doctrine of inspiration is based on just one verse (2 Timothy 3:16) and its meaning is ambiguous, so we need to define what we mean by “inspired”.

I will come back to this point later, but we may well ponder, if these doctrines about our scriptures are important and true, why has God not made them clear?

But how can we know what to believe?

So we don’t need to know what in Old Testament history is truly historic. We can understand the Old Testament as an early stage in God’s revelation of himself. We can appreciate how it shaped the thinking of Jesus and the apostles. But it is replaced as a means of God’s revelation to us by the New Testament. As Paul says (Romans 7:6):

“we have been released from the law so that we serve in the new way of the Spirit, and not in the old way of the written code”

I encourage you to read What the scholars tell us about the Old Testament, pray and consider these things, and share your conclusions in the comments.