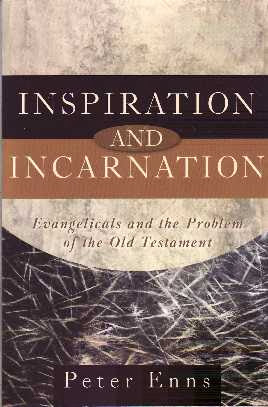 And those who have read a little about ancient Middle East archaeology, history and literature may have noted similarities between Biblical accounts of creation, the flood and the law, and earlier writings covering similar themes.

This 2005 book by a respected Old Testament scholar aims at addressing a few of these issues based on good scholarship, in a way that is helpful to christians.

The Old Testament and Ancient Near Eastern Literature

Some part so the Old Testament look very similar to earlier stories from other nations:

There are other parallels which don’t seem so surprising to me. But these similarities make the Biblical stories not so original, at best, and derivative at worst. Enns discusses how understanding the historical context may help christians to read the Bible in a different, and more appropriate, way.

The Old Testament and Theological Diversity

Some parts of the Old Testament appear to contradict other parts, from proverbs which give opposite advice, through different emphases in the parallel histories of Chronicles and Samuel-Kings, to differences of teaching in the Mosaic Law, and between the Law and the prophets.

Enns discusses whether we should feel uncomfortable about this challenge to the common view that God’s Law is perfect and perfectly consistent, and suggests that the Old Testament presents different perspectives on God over a period of maybe 1,500 years, showing that God “condescends to the conventions and conditions of those to whom he is revealing himself.”

The Old Testament and its Interpretation in the New Testament

He shows how such free use of the Old Testament occurred even within the Old Testament, and was common in second temple Judaism (the period between 516 BCE and 70 CE). It is therefore not surprising that Jesus and the first christians used similar approaches. In some cases they applied Old Testament texts in innovative ways, in others they referred to events that are not recorded in the Bible, but in Jewish traditions recorded in non-Biblical texts.

He finishes by discussing why the writers felt free to re-apply scripture and what we can learn from this.

What is the Bible?

The book concludes with a brief discussion of the implications of all this. How should we understand and read the Bible now? Enns outlines some positives, and suggests we all remain open to new truths, and loving towards those who disagree with us.

Peter Enns lost his position at the prestigious Westminster Theological Seminary because of this book (see The Bible: scholarship vs faith?). I must say I feel Westminster was short-sighted and wrong.

The difficulties in the Old Testament are there for all to see, and modern scholarship is making them more obvious and harder to ignore. Thoughtful readers want honest answers that address the problems they already know about. Westminster’s approach will satisfy older hard-line evangelicals and ease the way for some students who are less questioning, but will likely lead others to leave the faith because they haven’t been given the information to resolve dilemmas.

Enns wrote this book from the viewpoint of a faithful christian, and is not in any way sensationalist or destructive. He is trying to help christians gain a more mature understanding that will last them through life. For anyone with questions about the Old Testament, this book should be helpful.

In my next posts, I intend to discuss the main issues of this book in greater detail. I hope you take a look and join the discussion.

« CS Lewis
The Old Testament and Ancient Near Eastern Literature »