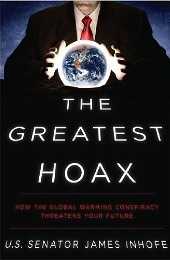 So, if the facts (as outlined in previous posts) show that the world is indeed warming faster than ever before, the weather patterns are changing, the burning of fossil fuels is a major cause, and the outcomes will be disastrous, why do so many people still oppose the idea?

Is there a conspiracy to present global warming as a fact when it is a lie?

Or is there a conspiracy to fight against a scientific truth for some devious reason?

I am aware that there are some scientists who don’t go with the consensus on climate change. But their objections are generally more about some detail than to the broad concept, and I have never seen any credible data to disprove that the earth is warming and increases in ‘greenhouse gases’ are a looming problem.

What I have seen is misrepresentation and outright untruths. For example:

The two sides of a conspiracy

Climate change sceptics suggest that the environmental movement, or people supporting greater government controls over our lives, have conspired to destroy America, democracy and/or big business, take away hard-fought freedoms and raise our cost of living and taxes – perhaps even set up a one-world government! I have not seen any real evidence for these claims, but they would keep their plans a secret, wouldn’t they?

The reality, according to some Western Australian researchers, is that climate change sceptics are more likely to be conspiracy theorists about a wide range of matters – such as that the moon landings were faked, the 2001 World Trade Centre attacks were a government conspiracy rather than a plot by Muslim extremists, and likewise the assassination of President Kennedy was a government plot. Those of us outside the US may not understand how people can come to these conclusions, but it fits with the general truth that climate change scepticism is more common in the US than elsewhere.

On the opposite side, there is good evidence that climate change scepticism and obfuscation of the scientific facts is being funded and supported by those with the biggest investment in industries that produce greenhouse gases, or most idealogical commitment to reduce regulation by government.

It seems like it is the great tobacco industry hoax all over again. The tobacco industry knew for years that their products caused lung cancer, but denied this scientific and medical fact and fought against effective action for decades, thereby guaranteeing that millions more people died unnecessarily. This time it’s the carbon energy business, and their political supporters.

How should christians respond?

It seems that many christians in the western world are somehow predisposed to be climate change sceptics. I think this may result from their scepticism about the science of evolution, their fear that environmental care is somehow not godly, and their general tendency to listen to, and believe, conservative politicians and media.

We must do better than that. If we are going to be sceptical about climate change, we shouldn’t just believe the conservative pundits who have a vested interest and a poor track record on speaking the unalloyed truth. We must really want to know the truth and to act upon it. And if we do that, we will find that the truth does not point in the direction of scepticism.

Let’s choose to refuse the misrepresentations. As The Who sang: “Won’t be fooled again!” Too many people’s lives are at great risk, lives that we are called to care about.

A UK study has apparently shown that the simplest and cheapest way to combat global warming is a carbon tax. Australia is one of the countries which has introduced a carbon tax. We should be supporting this measure here in Australia, and in countries which don’t yet have it – not opposing it based on what the propagandists are saying.