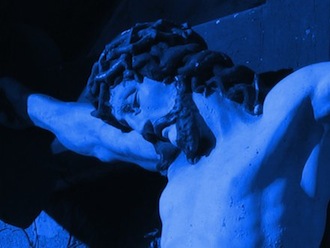 Continuing my discussion of common arguments used against christians.

This post: arguments that seek to undermine faith in Jesus by arguing that the gospels aren’t reliable as history, or that we can know little factual about Jesus, or that Jesus could not have been divine.

There is no contemporary evidence for Jesus

If Jesus was such an important figure as christians claim, and if he did all those miracles, wouldn’t you expect him to be mentioned in the many histories and other writings of the time? But none of them mention him, so either he didn’t exist or he didn’t do any miracles.

Historians tell us that this argument doesn’t show a good understanding of the times.

Prof Bart Ehrman, University of North Carolina: “We have more evidence for Jesus than we have for almost anybody from his time period.”

So in fact we have better evidence for Jesus than many other ancient figures, and pretty much what we’d expect to have. The argument is simply not based on a fair reading of history.

Paul knew nothing about Jesus

The earliest documents in the New Testament are Paul’s letters, the gospels came later. Yet Paul seems unaware of anything about Jesus’ life, and only writes about a heavenly Jesus. This shows that the story of Jesus began as a spiritual story and the historical details were invented later.

It is true that Paul doesn’t provide many biographical details of Jesus’ life and times, but it isn’t true that he provides none. About 20 facts about Jesus’ life can be found in Paul’s letters, including he was a descendent of King David; he had a brother James and a disciple Peter (both of whom Paul had met); he taught against divorce; he was betrayed on the night he shared a meal we now call the Last Supper; and he died by crucifixion.

The claim is therefore much over-stated, so the argument is ineffective. But why did Paul make so few references to Jesus’ life? It seems reasonable to guess that Paul was writing letters to people who already knew the stories which had been passed around orally – this is supported by the fact that later letters don’t say that much about Jesus’ life either.

Jesus was a legend copied from pagan gods

There are many mystery religions in the ancient world, and there are many parallels between their gods (often called dying and rising gods) and Jesus. Perhaps the most argued parallel is with the Egyptian god Osiris (Dionysus to the Greeks). Christianity originated as a Jewish mystery religion, except much later some of his followers invented a historical story about him.

These ideas are to my knowledge supported by only one recognised scholar (Robert Price), and some enthusiastic amateurs.

The problem with this theory is that, according to almost all expert scholars, it is not based on facts. The supposed parallels fall into on of the other categories:

The conclusion of the experts is almost unanimous:

TND Mettinger: “There is, as far as I am aware, no prima facie evidence that the death and resurrection of Jesus is a mythological construct, drawing on the myths and rites of the dying and rising gods of the surrounding world.”

Bart Ehrman: “We do not have accounts of others who were born to virgin mothers and who died as an atonement for sin and then were raised from the dead despite what the sensationalists claim ad nauseum in their propagandised versions.”

The common element in these three arguments is that they are all contrary to the conclusions of most scholars. They seem to depend on misunderstandings of historical realities and the use of unhistorical assumptions and criteria. We christians can confidently stand against these arguments by simply pointing to the scholars.

« Atheists who once were christians
Has the New Testament been changed? »