The resurrection of Jesus is a central fact of christian belief. Christians believe it is, in a sense, God’s stamp of approval on Jesus’ ministry. It shows that Jesus, in his death, has defeated evil. God’s new world, his kingdom, has indeed begun. Jesus, the Messiah, is alive and leading his followers to play their part in bringing that new world into being, and inviting others to join them.

But how should we justify our belief to sceptics? I suggest we should start with the conclusions of secular scholars.

What do secular historians make of this story?

Historians try to determine what historical facts can be established with reasonable confidence, then go on to draw conclusions from there. In the case of the resurrection, scholars are broadly agreed about what facts can be established. Some go on to express a view about whether they believe Jesus was really raised or not, but many say this is not a historical matter but rather a matter of personal choice.

As far as I can ascertain, the following are considered as historical facts by the majority of scholars, though certainly not all (many of these facts are found in Habermas 2005):

Arguments supporting the truth of the resurrection

Most arguments that the resurrection occurred are based on a two step process:

The seven historical facts are generally taken as the starting point. Nos 2 and 3 are the most contentious, but are argued as follows:

As I said before, most historians accept the seven facts outlined.

Step 2. How to explain the facts?

If the resurrection didn’t occur, how can the seven facts be explained? All alternative hypotheses seem far-fetched:

So, the argument goes, the historical facts and the lack of a reasonable alternative explanation, make the resurrection story plausible and convincing. Oxford historian NT Wright: “there is nothing that comes remotely near explaining these phenomena [the empty tomb and the appearances], except …. Jesus of Nazareth really was raised from the dead”.

Arguments against the historicity of the resurrection

The arguments against the resurrection fall into two main groups:

Doubts about the historical evidence

Doubts about the possibility of miracle

Perhaps the most prevalent criticism of belief in the resurrection is that miracles are simply unbelievable, especially one as amazing as this. However this depends on our assumptions – a christian will believe that Jesus was divine and God has the power to raise him from death, whereas an atheist will naturally not believe this.

Because of the doubts about the consistency and reliability of the various gospel accounts, christians have attempted to reconstruct a sequence of events that is reasonable and fits the facts. These reconstructions are speculative and go beyond what most historians would consider as reliable, but are useful tests of whether a harmonisation is at least possible. 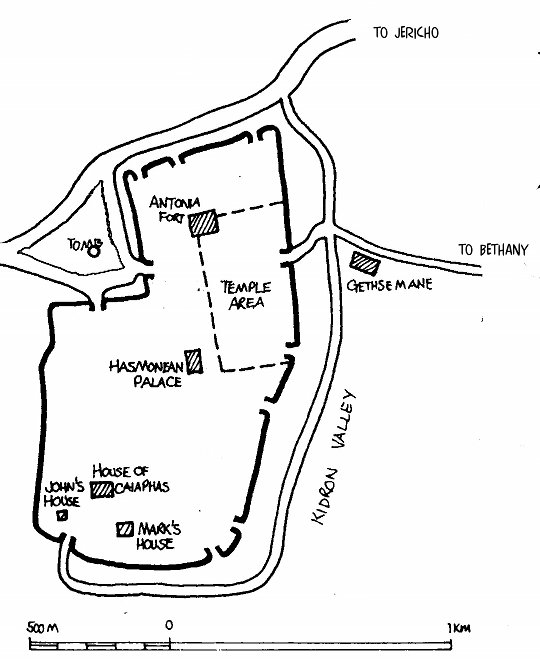 The most scholarly reconstruction I know is by John Wenham of Oxford University, which is based on the following:

With these as his basis, Wenham shows how the different players moved around Jerusalem and fits all the events – Jesus’ capture, trial and execution, the appearances of Jesus and the reactions of his followers – into a coherent and plausible train of events. He doesn’t claim that it is true, or can be proven historically, but he does show that the gospel accounts can be plausibly harmonised, thus blunting one of the common criticisms of the gospel accounts.

So, what can we conclude?