Archaeology can provide useful background information to the life of Jesus, but very little hard evidence. After all, Jesus didn’t leave a gravestone or a clay tablet inscribed with some parables. And no-one erected a statue of him.

But recent archaeological discoveries have lent surprising support to the accuracy of John’s gospel.

John’s gospel claims to be based on the account of an eyewitness to many of the events in the life of Jesus – John, son of Zebedee, a Galilean fisherman who was a close follower of Jesus. It appears to have been edited or assembled by someone else (see John 21:24), so it is impossible to say who should be regarded as the actual author. It is often regarded as the last New Testament book to be written (about 95 CE) and for much of the twentieth century, historical scholars tended to be sceptical about whether it was written from eyewitness accounts, and even whether it was historical at all, having been written so long after the events it describes. 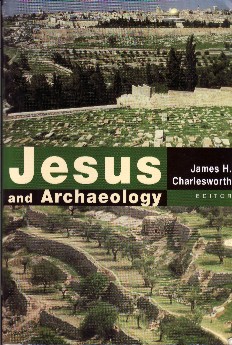 In “Archaeology and John’s Gospel” (in Jesus and Archaeology (2006), edited by James Charlesworth) Prof Urban von Walde reports on archaeological investigation of 20 geographical locations with some details mentioned in the New Testament only by John. Here is a summary of his conclusions.

Each of these locations was in or close to Jerusalem, and would have been destroyed or covered over when the Romans conquered and sacked Jerusalem in 70 CE, yet John’s gospel written after that event still describes them accurately.

John’s gospel also correctly describes a number of other locations:

According to von Walde, John’s gospel gives accurate information for 16 of the 20 sites examined, 2 appear likely to be correct and 2 are not able to be identified. The accurate descriptions include locations that could only have been known by someone familiar with Jerusalem as it was decades before the Gospel was finalised. He concludes that these topographical references are parts of John’s gospel that are “quite accurate, detailed, and historical”

This means that at the one place where we can test it, John’s Gospel is clearly based on eyewitness accounts. While historians and archaeologists cannot say how much the rest of John is similarly based on eyewitness accounts, we can reasonably believe that it is, even if (as the scholars tell us) John has expressed much of Jesus’ teaching in his own words. This is important confirmation.