North Haven on the NSW mid-north coast, from the top of Big Brother mountain. The reason for showing this photo will become apparent in the post. Photo (c) John Naylor and Google.

Christians hold three different views on who gains acceptance with God. I have looked at what the Bible says in detail at Can only christians be saved?, but here I want to think about some other aspects of the question.

In Can only christians be saved?, I examined the Biblical evidence for each of the three viewpoints.

Only those who specifically put their trust in Jesus will be saved.

Acts 4:12: “Salvation is found in no one else, for there is no other name under heaven given to mankind by which we must be saved”.

Jesus in John 14:6: “I am the way and the truth and the life. No one comes to the Father except through me.”.

Jesus is the only source of salvation, but people other than christians can be saved.

Acts 10:34-35: “I now realize how true it is that God does not show favoritism but accepts from every nation the one who fears him and does what is right.”

Romans 2:14-16: “(Indeed, when Gentiles, who do not have the law, do by nature things required by the law, they are a law for themselves, even though they do not have the law. They show that the requirements of the law are written on their hearts, their consciences also bearing witness, and their thoughts sometimes accusing them and at other times even defending them.) This will take place on the day when God judges people’s secrets through Jesus Christ, as my gospel declares.”

This view doesn’t entail all religions being equally true (that would be pluralism), but it means that we are saved by Jesus, not necessarily by believing the right religion.

In the long run, everyone will respond to God’s love and be saved.

I feel that universalism has very little support in the Bible. I think many passages that seem to support exclusivism can equally well be interpreted inclusively, so I believe inclusivism best represents the New Testament teaching.

Thinking about it a little more

I cannot honestly see how a just and loving God can condemn people who never had the opportunity to hear of Jesus, yet this is what is required with exclusivism. It’s as simple as that.

Thus, for me, logic and the scriptures agree – this doctrine isn’t the truth.

As well as being scriptural, this view makes obvious sense. If everyone is going to be judged fairly, they must be judged on how they responded to the opportunities they had and the truth they knew.

But if inclusivism is true, why evangelise?

It is clear to me that following Jesus is the most satisfying life we can have, so calling people to join us is surely worthwhile. They have a more fulfilled life and a strong hope, and the kingdom of God gains a new worker and advocate.

On top of that, telling others the story of Jesus gives them more information upon which to make their choice. If people don’t want to follow Jesus in this life, would they be happy in the next?

But I must admit I see a difficulty here. If it is better to evangelise, then those who never hear must be worse off, and so God hasn’t treated everyone equally. I can’t see a way around this, although looking at the world yields the conclusion that God hasn’t given us all an equal path to walk. I can believe he treats us all fairly and lovingly, but I can’t see how he does it.

Universalism is in one sense the easiest of the three views to believe – easy in the sense of being comfortable and not troubling. Both the previous views entail some people missing out on the wonderful things God has in store, and that is surely a tragedy that should trouble all of us. But although I wish it was true, I hope it might be true, I just can’t think that it is.

The scriptures are strongly against it. And as CS Lewis once said, will everyone be saved whether they want it or not? Will God force people against their will?

Proponents of this view suggest that (1) once the choices are obvious, only a fool would choose against God, and (2) God’s love will win everyone over in the end (in the next life).

I can’t help thinking that some people will hold out no matter what. That conclusion is based on observation of human nature, and my own experience of myself.

Here’s where my true story is relevant.

A true story from my dim, dark, distant youth

My dad was a teacher of building trades at a technical college, so he received three holidays a year just as we 4 boys had holidays from school. So every holiday, January, May and September, the family would pack our large (5.5m x 5.5m) tent and all our camping gear into a trailer and head for one of our favourite spots along the NSW coastline.

Dad was a keen fisherman, from rocks or boat, so we generally headed for a location where there was an estuary. For large parts of the day, dad would fish, mum would rest from the work of looking after 4 rambunctious boys and relax in a deck chair with a book, and we 4 boys would be free to roam, explore, swim, make cubbies and play. When dad wasn’t using the boat, we would explore the waterways.

And so when I was about 13, we camped at North Haven on the Camden Haven estuary, just across the bridge you can just see in the centre left of the photo. We had never been there before, but the upper estuary boasted several large lakes just begging to be explored.

And this year was going to be better than ever, because my oldest brother was now working, and he had the money to hire our own boat, not just a rowing boat but one with an inboard motor to allow us to explore right to the upper reaches of the lakes. We other three boys were going to add a little pocket money to make a nominal contribution to the hire cost. I probably loved the boating more than anyone else, so I had been looking forward to this time for months.

We arrived just after lunch, and by late afternoon the tent had been erected, internal partitions installed, stretchers, sleeping bags, table and chairs all set up, and the holiday was underway. Four eager boys trooped down to the boat hire and, after my engineering brother mastered the engine, we had a quick spin and back to the campsite before dark.

That night, we had some petty argument, I have no idea what about, and in a fit of pique I said rashly: “Well if that’s how you think, I won’t come in the boat with you!” Mum knew how much the boat exploration meant to me, so she gently tried to point out to me that I didn’t want to miss out. But this just made me feel I had some hold over them, and so I stubbornly refused to retract.

Next morning I woke early, looked around, and the other three sleeping bags in line with mine were all empty. They had taken me at my word and gone without me!

But I wasn’t going to give in. I spent the next week swimming down in the river, playing table tennis with another boy in the camping area, and trying not to be jealous of the stories the other three told when they came back triumphant after discovering new parts of the lake system. I never saw the lakes and I had a very ordinary holiday.

But I never gave in!

I have reflected a lot on this chapter in my youth. A few years later I decided to follow Jesus and I started to take on his values. I learnt that making rash statements was foolish, and being willing to say sorry was essential. What was a galling experience became a lesson learned.

But it gave me an insight into human nature and our sometimes incredibly strong sense of independence and unwillingness to give in.

I realise life in the age to come is a better and more important “prize” than exploring lakes in a motor boat (but only just! 🙂 ), but I think the truths I learned almost six decades ago apply. I fear some people will refuse to give in to God, no matter what the cost.

And so I believe universalism just can’t be true, even though I wish it was.

And so I think God treats everyone fairly, he wants everyone to receive all that he is willing to give us, but even more he wants us to be autonomous beings who learn lessons and live with the full dignity of the consequences of our decisions. If we truly want to receive from God, if we truly seek him and the truth, I believe we will find and receive.

If we don’t, we will have the gift of life now, but forfeit the opportunity for life in the age to come. I don’t believe those who miss out will be tortured in hell forever – the scriptures don’t teach that and a loving God wouldn’t do it – but they will have missed the best part (see Hell – what does the Bible say?).

I hope no-one who reads this will miss out.

Our tent at North Haven, and my two younger brother in the boat. 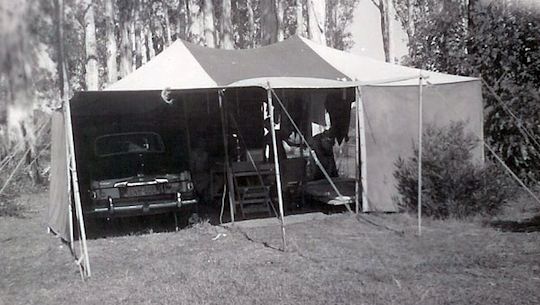 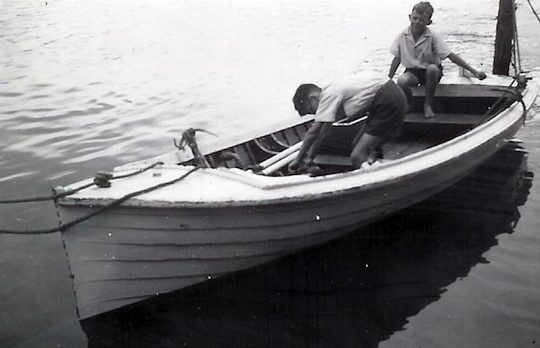 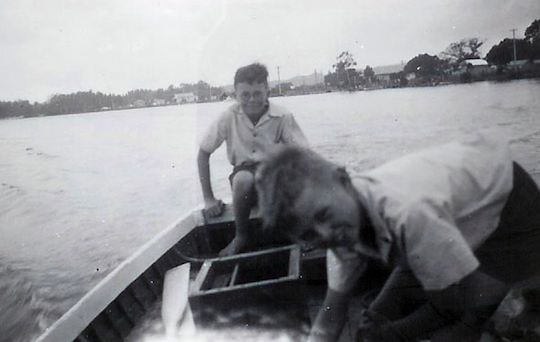 « Three views on christianity and politics
Signs of hope »