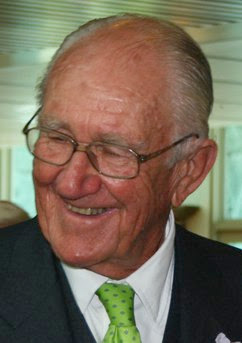 Malcolm Fraser was Prime Minister of Australia from 1975 to 1983. His Government was formed by a coalition of the same two parties which form Australia’s present conservative government.

Fraser was vilified by his opponents during his term as PM, but has since mellowed and become much respected by those on the opposite (less conservative) side of politics, and less popular with his former party.

The Government has just released a report by the Australian Human Rights Commission’s report on asylum seeker children held in detention. The report is damning.

Malcolm Fraser has issued a press release which condemns the government (and by implication the opposition whose policies are similar). Read it and weep!

“Enough is enough”
The government had the Australian Human Rights Commission’s report on children in detention on 11 November last year. They have tabled it on the last possible day. It is now clear that the attacks made on the Commission, especially by senior ministers, has been designed to make it easier for the government to ignore the Commission’s report.
The government’s response is a disgrace. It is based on a lie. They claim to have saved lives by stopping the boats and that the trauma inflicted on children by detaining them, is a small price to pay. They deliberately chose an inhumane way of stopping the boats.
If the Australian Government worked with our regional neighbours and the UNHCR, to process people humanely in offshore processing centres in Malaysia or Indonesia, then there would be no market for people smugglers. Refugees would be flown to their final destination. This is not supposition or hearsay. This was the policy model adopted during the exodus of refugees fleeing Indochina following the Vietnam War. It would work again.
The real question for the government is why did they choose to do this, despite the trauma and harm done to hundreds of children, when there was a decent and proven way of achieving a much better result.
The attack on the integrity of the Human Rights Commission and its President is only to be expected of this government, who uses bullying as their default tactic. The attack is consistent with the way the government has approached legal decisions that have gone against it. This government has also refused to listen to our highest Court, undermining the rule of law and ignoring International Law.
The only conclusion we can really draw is that the inhumanity inflicted on these children is part of a policy of deterrence, which the government has pursued relentlessly. Australians needs to understand that this government has chosen an inhumane path when a compassionate path was available to it.
Rt Hon Malcolm Fraser AC CH

Picture: By HREOC [CC BY 2.0], via Wikimedia Commons

« Struggling with church
Why I "call out" other christians »