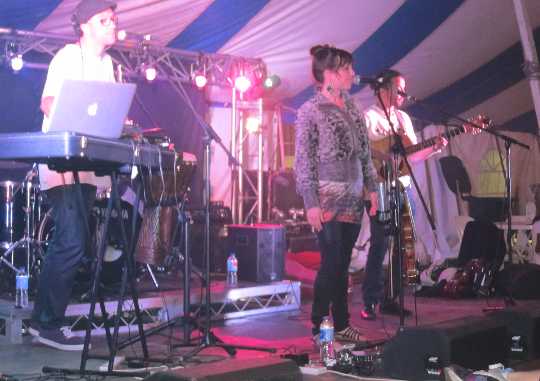 I’ve just come back from a weekend away at the Black Stump christian music and arts festival near Sydney. It’s the 14th time we’ve been, and as usual, we return tired but satisfied. I won’t bore you with too many details, but one or two interesting thoughts are worth reporting.

What is Black Stump?

“Beyond the black stump” is an old Aussie expression meaning way out back, far from civilisation. The festival isn’t in fact all that far from Sydney, but it is in surviving bushland, and the event basically takes place under canvas, with most attendees camping out in somewhat primitive conditions.

We all go to hear bands, speakers, comedians and other artists, learn at seminars, mix with other christians and simply have a good, but exhausting, time.

One of the best things about Stump is meeting christians from other backgrounds. For example:

These interactions with christians from different backgrounds were a real blessing, and something we would miss if we didn’t intentionally go out of the way to experience.

We should all get out more

What more can I say?

Some christians and some churches seem to want to keep everyone within the fold, perhaps afraid that venturing outside the tried and true of their own denomination might lead to questioning of their own particular doctrines and approaches. But surely the potential gains of learning from someone different far outweigh that ‘problem’?

« Change – coming ready or not!?
The journey of a christian pacifist »