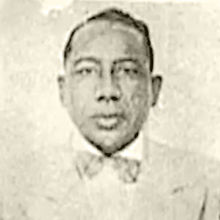 Otis Clark seemed to achieve this without really trying.

Otis died recently at the age of 109. He had a long and eventful life.

Otis was born in 1903 near Tulsa, Oklahoma. At age 18 he survived a nasty incident when a white mob, assisted by police and National Guard troops, rampaged through the black section of town, killing, looting and burning, because of rumours of an incident that were almost certainly grossly exaggerated. An estimated 300 African Anmericans were killed or missing, and thousands left homeless and destitute.

He ended up in California where he worked as a Hollywood extra and a domestic to some of the stars. Eventually he got involved in bootlegging and spent a short time in gaol.

While in gaol, Otis ‘found God’, or perhaps God found him. He had a dream to become a preacher and joined up with the Azusa Street Mission in Los Angeles, where modern Pentecostalism began two decades earlier. He became a travelling evangelist and was later ordained. At age 103 he took two mission trips to Africa, and at 107 travelled on mission to the West Indies. He was planning a mission trip to Nigeria next year, when he would have turned 110.

In addition, Otis was married four times, outliving all four wives. He was in excellent health right up until his death, reportedly not requiring medication, a hearing aid or a walking stick.

I can’t help thinking when he finally made it into heaven, he would have been greeted with: “Well done, good and faithful – and tired – servant!”

Read more about Otis from the Sydney Morning Herald and Wikipedia.