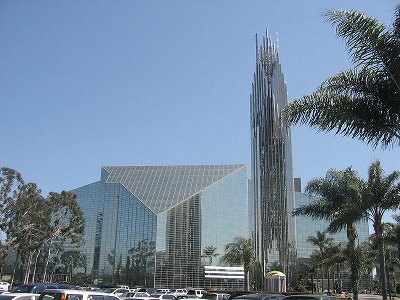 Jesus famously said “Foxes have dens and birds have nests, but the Son of Man has no place to lay his head” (Luke 9:58), but since the fourth century, christians have been building enormous cathedrals for him. Why?

The early christians were persecuted by the Roman authorities, but when Emperor Constantine made christianity respectable in 313 CE, he began to establish large churches in sacred locations, for example, where famous saints were supposedly buried, and named them after the saints. The models for these basilicas were Greek temples and Roman public buildings.

Many of these and other features of these cathedrals were pagan in origin. Constantine’s motives are unclear, but he appears not to have been a christian at the time. It seems part of the design was to separate the newly created clergy (which Constantine copied off pagan religions) from the ordinary believers, and give them exalted status. Cathedrals were not off to a good start.

In medieval Europe, the church was powerful and rich. Tithes were extracted from the poor as well as the rich, people had to pay for baptisms, marriages and funerals, and were motivated to be buried on consecrated land in the belief that this would assist them attain salvation and heaven. Churches and cathedrals were built from this wealth, often with finance and support from the rich, who could then hope to gain credit with God. While glorifying God was the supposed motivation for these large and ostentatious buildings, pride and competition were surely a major factor. Many of the rich were buried inside, or adjacent to, churches and cathedrals, which they hoped would speed their souls to heaven even faster.

Thus medieval cathedrals, for all their grandeur, were based on values often quite contrary to the Jesus they supposedly celebrated.

Fast forward to the twentieth century, especially in the US, and cathedral building was still popular. Often built by entrepreneurial christian pastors, one cannot help wondering about the motives – is it for God’s glory or human hubris?

One of the most famous is the Crystal Cathedral in California, completed in 1981 at a cost of $US18 million (about $US80 million in present day values). In 2010, the church which used the cathedral was declared bankrupt, and the building was sold to the Catholic Church and renamed.

And then there’s Evangel Cathedral near Washington – an extravagance in itself, but more spectacular is its website (don’t skip the introduction – it was once well described: “if the death star had a website, this would be it!”).

These cathedrals seem to have some things in common with cathedrals down the ages – an enormous cost that could well be spent on ministering to the poor, extravagance in design, and the elevation of the clergy over the ordinary person.

When will we ever learn?