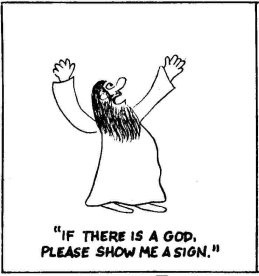 We have been considering why believers may give up their faith and how we may train disciples to think better about their beliefs and so be better able to stand up against attacks. We have looked at some reasons to believe (and we will look at some more).

Now it is time to consider the arguments sceptics may use to attack christian belief – arguments against God, the Bible, Jesus and faith.

This is surely the strongest argument against the existence of God. The world is full of unspeakable suffering. A good God, the argument goes, could not possibly allow so much evil and suffering. How can we answer this?

Many christians try to justify God. The evil is not God’s fault, they say, but our sin causes it. Or God has a purpose in evil. These may be true, but I think trying to justify God is a mistake. It leaves us looking like we don’t care about the terrible things that happen in the world. I think we can do better than that.

I think we should start by recognising that we don’t have a full answer on this. Evil and suffering are very troubling, and one day they will be no more.

So I suggest we should explain some factors which weaken the sense that the world is evil (after all, there is also much happiness), and point out that we only know that evil is really evil because of our God-given ethical sense. Thus evil and suffering are a problem for a believer, but cannot be a reason to disbelieve, because we have to believe in God (I suggest) to know that evil is really evil. (For more on these points, see How can God allow evil?.)

Then we should simply admit we don’t have the answer. But we continue to believe because there is so much positive evidence for God that it outweighs the very real problem of evil. This response is sympathetic to those who suffer, honest, and turns attention to the positive reasons to believe.

God is too hidden 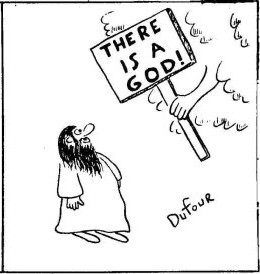 I have found many disbelievers who say they would believe if only God made himself more obvious, but as it is, there is too little evidence. If God really wanted us to know him, he would communicate to us in a way we couldn’t mistake.

We can first point out that God can’t be too hidden – billions of people believe in him, many say he communicates with them, and christians believe that we see God in Jesus.

However while that answer may help us, it probably won’t help the person who presents the argument.

I think we can further point out that this argument depends on us knowing exactly what God is trying to achieve. Many christians believe that God created us in his image (that is, having rational brains, ethics and the ability to make choices), but making himself too obvious would overwhelm us and take away our freedom.

In the end, we have to deal with the world, and God, as they are, not as we’d like them to be. There is plenty of evidence for God (again, it is good to get back to this) so we suggest considering that evidence rather than asking for more. We can also suggest that the other person asks God to reveal himself to them – and then make sure we pray for them regularly too.

Next post, we’ll look at some more arguments against God.

« Is your church heading in the right direction?
Easter eggs and slavery »