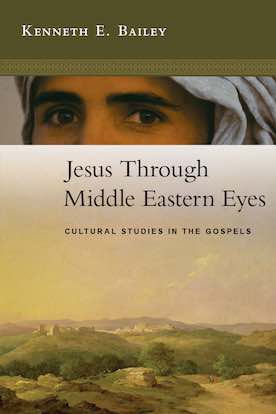 This is quite simply one of the best and most enlightening books I have read about Jesus and the Gospels.

I have learnt so much that has helped me make better sense of the gospels and of my faith (although I am certainly not claiming to be like Maria in the Counting Crows song, Round Here, who says she is “close to understanding Jesus”!)

Let me tell you why I am so enthused.

I did not grow up in a christian family, but I was sent to Sunday School, I guess because mum thought it would do me good. From there I went on to youth group and belief in Jesus, all in a fairly conventional, slightly Reformed, evangelical church.

We were given strong teaching that we were told was the correct way to understand the Bible and christian faith, but I was always a questioning person (mum would say obstinate and argumentative!). So I started noticing aspects of the gospels that didn’t quite fit the evangelical teaching I had received.

And so, from my late teens, I started (without really realising it) on a lifelong quest to understand the historical Jesus better.

My early guides were CS Lewis (on christianity generally more than historical Jesus), Scottish theologian AM Hunter and the musical Godspell, which I thought had greater insight into Jesus than most Bible commentaries I had read (after all, it was written by a Jew).

From these, and others, I came to understand a little about how Jesus would have been perceived by his contemporaries, how he saw his mission, and the background to many of his sayings. All of which greatly increased my faith.

Kenneth Bailey was a Presbyterian minister and scholar who spent something like 60 years living in the Middle East. He grew up in Egypt where his parents were missionaries, and after studying in the US, returned to the Middle East as a missionary and lecturer in New Testament studies, living in Egypt, Lebanon, Israel and Cyprus over more than 40 years. He wrote many academic papers and several books.

As well as being proficient in the Biblical languages of Hebrew, Aramaic and Greek, he was also able to read in Syriac and Arabic, meaning he was able to draw on the writings of Arab Christian theologians and other eastern Semitic-speaking writers. And his long time in the area meant he also became familiar with Middle Eastern culture. For example, in one of his papers he describes how he had often sat in a circle in a village gathering in the evening, hearing the older men tell the stories and poems that preserved the traditions and stories of that village.

Bailey brigs this vast and unusual background to this book, and it gives a valuable perspective to those of us whose reading is almost totally from western sources.

The book is over 400 pages long, and covers much of the gospels, grouped under 6 main themes:

An introduction kicks things off with a discussion of the rhetoric found in many of Jesus’ parables and sayings, in some of the prophets, and some of the stories told by Luke. Some sections of these writings and sayings are structured so that ideas are repeated, often in reverse order, and the main point may be in the centre of the story or saying, not always at the end as we would expect.

I was familiar with Jewish parallelisms (found often in the Psalms), where similar ideas are repeated in couplets, but Bailey opened up a more complex rhetorical form that appears in many gospel sayings. Understanding this structure helps us understand the original meaning better.

The stories of Jesus’ birth

Bailey finds much that is typically middle-eastern in the story told by Luke. We now know that Jesus wasn’t born in a stable because there was no room in the inn, but in the same room where the family slept together with the animals because the guest room was already occupied. But to this Bailey adds his understanding that the honour of the whole village required that accommodation be found for the couple, and she would never have been turned away to sleep and give birth in a stable.

Bailey tells this story from the point of view of life in an honour and shame culture. He says that the hard-nosed fishermen would probably have initially seen Jesus as an inland carpenter who knew nothing about boating and fishing. So when Jesus suggests they put out into the deep water and cast their nets again, even though they are tired after a fruitless night’s work, Peter agrees because he is in debt to Jesus, who has recently healed Peter’s mother-in-law, and honour requires him not to refuse. But his reply to Jesus (“OK, I’ll let down the net”) is to be seen as sarcastic – he knows about fishing and Jesus doesn’t. Hence Peter’s repentant response when they catch so many.

Like the call of Peter, the first part of this story follows a rhetorical pattern where themes in the first few verses are repeated in reverse in later verses. Bailey outlines a number of synagogue procedures that illuminate this story and show how Jesus saw his ministry as holistically and peacefully addressing spiritual, physical and justice needs, and not supporting the Jewish aspiration to get back their land and lord it over the Gentiles. There is so much in Bailey’s account that I will explore it in detail in my next post.

Jesus met these two men in or near Jericho, and both interactions illustrate aspects of honour and shame culture. In both stories, Bailey explains, the expectations of the townspeople that Jesus would honour them, by eating with or staying overnight with one of the town leaders, were not realised, as Jesus instead gave attention to two people who were low on the social ladder. Bailey has some wonderful insights, which again I will outline further in a later post.

Bailey considers the story of the woman accused of adultery, which may not have been in the first copy of John’s gospel. But here, again, he offers a middle-eastern perspective that suggests that it may be original, but was omitted from some copies. He sees the incident as a genuine story about Jesus, and discusses its context in its association with the feast of Succoth and the religious leaders seeking to trap Jesus into making a damaging statement. He shows how Jesus turns the trap on his questioners in terms of honour-shame, making more sense of the story than I have ever heard before.

There are so many more gems in this book, and if you want to better understand Jesus as he would have been understood at the time, this book is a goldmine.

I have heard many sermons on the gospels, but very few from preachers who showed a good understanding of Jesus in his Jewish context. I wish all preachers and teachers would read this book, as a start to a renewed understanding, and much blessing for them and their hearers.

« Looking ahead: 12 lessons for churches in 2018
Australia Day and sensitivity towards our indigenous brothers and sisters »