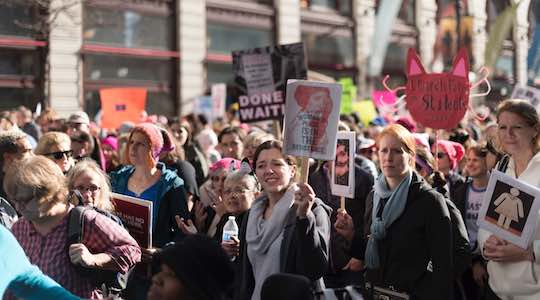 Christianity began as a minority group within Judaism and within the Roman Empire. But from the time Constantine made it acceptable, christianity became the dominant religion, and Christendom was generally the dominant social force, in Europe and colonies in Africa, the Americas and the Pacific. Christianity was often the state religion, most people were nominally christian, and churches had significant influence.

For a couple of decades now, thoughtful christians have been warning that the age of Christendom and of privilege was over. And we are starting to see that more clearly.

How do people see religion and the church?

Citizens in first world countries are these days much more wary of religion and churches.

A recent international survey by Ipsos probed people’s attitude to religion, in particular whether it is seen as being harmful or beneficial for society.

The 23 participating countries were mainly first world countries, with almost half from Europe. Those surveyed were evenly divided about whether religion is harmful or beneficial, but the results for the different countries varied widely.

Australia had the second strongest view (62%) that religion does more harm than good. Other countries where the majority hold this view were almost all from Europe, with Belgium, Germany and Spain the most critical. At the other end of the scale, Japan, South Korea, Russia and Brazil had significantly positive views of religion.

Of the other English-speaking countries (presumably of most interest to readers of this blog). Great Britain and Canada had a small majority who believe religion is more harmful, while United States and South Africa had majority positive views.

The survey didn’t probe the reasons for the negative views of religion.

This Huffington Post survey supported the Ipsos findings for Great Britain, finding that more than half Britons think religion does more harm than good.

The report on this survey quotes Linda Woodhead, a professor of the sociology of religion, as saying that “religion has become a ‘toxic brand’ in the UK”, for reasons which likely include sex scandals involving Catholic priests and rabbis, conflict in the Middle East and Islamist terror attacks and “religious leadership’s drift away from the liberal values, equality, tolerance, diversity”.

A 2014 Australian survey by McCrindle had a very different result, with 91% of those surveyed saying that the church is beneficial to society, a different but related question.

A subsequent McCrindle survey (2017) was not quite so positive. While only about 1 in 5 Australians are active in a religion and almost half are not interested, less than 1 in 5 expressed hostility to religion. About 40% think churches have a positive impact in their local area, and most Aussies value the social welfare work of churches.

These results seem very different to the other surveys. Perhaps the exact wording of the question makes a big difference to the response – when considering religion generally, people seem to be more critical than when they consider the community work of local churches.

The 2017 McCrindle survey and an earlier 2011 Australian survey by McCrindle found that it was most often the attitudes and behaviour of christians and churches (e.g. sexual abuse, hypocrisy, judgmentalism), religious wars and the outdated irrelevance of the church, not doubts about God or Jesus, that were the factors most likely to prevent belief and lead to negative attitudes. But many people are interested in spirituality and less dogmatic religion.

Despite the variable results, these surveys offer christians in Australia, USA, Britain and Europe an important insight into the decline in church attendance. We have much work to do if we want to see more people following Jesus.

Get our house in order

Religion is often seen as a negative force – intolerant, violent, authoritarian, anti-science and rationality. Churches are often seen as oppressive to women, gays and dissenters, too often seeking power and money. The reputation of clergy has suffered with the revelations of sexual abuse in some churches.

Are any of these views justified?

With shame, we’d have to say some of them are. As such, churches are too often not representing Jesus and his values. Repentance, change, sensitivity are needed.

Be willing to reconsider

Have christians been right on every stand they have taken on social issues? It would be very surprising if this was so, and I can think of a few places where some of us seem to have got it badly wrong. We need to be open to God’s correction, not just to our conclusions, but to our assumptions and habitual ways of thinking. Sometimes he even uses the world to correct his deaf church.

In Christendom, the church often controlled societal values and behaviour. That had its advantages and disadvantages, but that isn’t our task (1 Corinthians 5:12). Anyway, that time has well and truly passed, and we shouldn’t mourn its passing.

So the church must get that controlling attitude right out of its system. If God allows people free to make their own choices, so should we, unless there are clear social reasons for the behaviours we want to recommend.

Christians are not known for showing the liberal values of equality, tolerance and diversity which are so much valued by modern western societies. Change is occurring in some areas, but there will surely always be issues where we cannot support the values of the world around us. But let us be sensitive in such cases. We don’t need to trumpet our opposition, we can disagree quietly, sensitively and showing love and respect for those we disagree with, and vote for the values we support when we have opportunity.

Just because we know, or believe, something doesn’t mean we always have to say it.

The church, and christians, have lost a lot of credibility because of the sexual abuse scandals and behaviour which seems, to outsiders at least, to be at odds with the ethic of love we espouse. Yet non-believers often still respect us when we truly serve the people around us, no strings attached.

There is an obvious clue here. Jesus said if we live good lives, people would see and be more favourably disposed towards God (Matthew 5:16). Until we get the walk right, few will listen to our talk.

We say we believe in a God of love and follow Jesus who expressed that love as he cared for people. Yet we bicker amongst ourselves something awful. Paul says (1 Corinthians 13:1-3) that we can be as zealous and correct as we can be, but if we don’t have the sort of love that can look beyond other people’s faults and our disagreements, we are nothing!

And Jesus said one of the signs that we are truly following him is when outsiders can see our love for each other (John 13:34-35) – even those we disagree with.

If we continue to justify nasty argumentation rather than respectful disagreement, we have ignored Jesus’ very clear commands.

These are just my first thoughts about how we might best respond to the way the winds of change are blowing in many western countries. I don’t suggest they are rules – we are, after all, living in the freedom of the Spirit of God, and we are under grace, not law.

But I hope there will be a growing movement among christians to pray for guidance about how best to live so we show love to those we disagree with, cause as little offence as possible (any offence should be not because of us, but because of the message we carry) and show that we have learnt the lessons of some of our past failures.

The world is watching.

Photo by Josh Howard on Unsplash