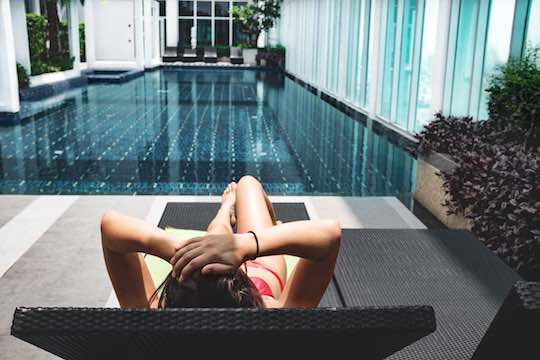 We all know that the world is a very unequal place. Anyone reading this is probably not doing too badly, but billions struggle to make a living.

But you may not be aware that, by some measures at least, inequality is increasing.

There are about 7.6 billion people in the world right now. It has been estimated that, in 2015 when world population was 7+ billion, the richest 62 individuals had a combined wealth equal to that of the 3.6 billion who made up poorest half of the world. These poor people faced a daily struggle to survive.

In 2016, the combined “wealth” of the poorest 3.6 billion people was matched by the combined wealth of just 8 billionaires – 4 of them earning their wealth through technology companies (Microsoft, Facebook, Amazon and Oracle).

Half the world’s wealth is in the hands of the top 1% of the population, which probably includes a high percentage of people in first world countries.

“While one in nine people on the planet will go to bed hungry tonight, a small handful of billionaires have so much wealth they would need several lifetimes to spend it.”

Inequality is bad, even for the rich

We tend to think in terms of winners and losers. And we all want to be winners. So the rich are winners and the poor are losers. Right?

Well, it isn’t quite that simple. The rich (and the well off) depend on economic growth to increase their wealth. The last thing they need is instability and slowed economic growth.

But inequality, understandably, often breeds social polarisation and dissatisfaction which affect profits and economic growth. So much so that the World Economic Forum warns that the greatest risks to continued economic growth are (1) rising income and wealth disparity, (2) climate change, and (3) increasing polarisation of sectors of society.

How the poor react

Historically, when people get desperate enough, they may react. In democracies, they may vote for unlikely candidates who promise to put things right, and may vote for policies that redress inequality. In extreme circumstances, inequality can lead to revolution.

One surprising trend in today’s world is that the poorer sections of a society can be fooled by empty promises and dishonest media to ignore the obvious greed of the rich and vote for candidates who disguise their support for the rich with patriotic slogans.

Bending the law as an art form

We should not therefore be surprised at the revelations in the past week in the Paradise Papers, outlining how rich individuals have vast sums of money in off-shore tax havens. The amounts of money are not trivial, but are estimated to total of the order of $US30 trillion, which would be about 40% of the annual world GDP.

The methods used to avoid tax are not always illegal (though they are arguably immoral), but often dishonest statements, illegal activities and dodgy accounting are involved.

Where would Jesus put his money?

So how should christians respond? Is this dirty world of finance something we should ignore while we get on with evangelising?

Some say that, but it wouldn’t appear to be how Jesus would see it. Jesus (and the rest of the Bible) said a lot about money, the perils of wealth and the trap of greed. Parables like the sheep and the goats (Matthew 25:31-46), the talents (Matthew 25:14-30) and the shrewd manager (Luke 16:1-15) all show that Jesus cared a lot about the poor, money, greed and the abuse of wealth and power.

And his brother, James, spoke very strongly against the wealthy who misuse their position (James 5:1-6):

These are terrifying words for those of us in the rich first world. If we weren’t told this was from the Bible, we would suspect it was spoken by an anti-capitalist revolutionary! We cannot ignore it.

What have we done for the “least of these”?

Have we contributed to wage injustice for poor workers in third world countries who make our clothes and electronic goods? Have we lived in luxury while others suffered? Have we voted for policies that continued our privilege while caring little for the poor?

There are things we can all do

Capitalism is not God’s plan for the world any more than communism was. Both ideologies have strengths and weaknesses. Capital, investment and finance are all important parts of the way our world works, but the idea that capitalism is always beneficial to the poor and that wealth “trickles down” from the rich to the poor can be seen to be often not true. The rich need to be kept accountable just as the rest of us do. And they should be made to pay their fair share of taxes, instead of avoiding tax by shifting wealth off-shore, and leave the necessary tax burden for others.

Patriotic slogans don’t help feed the hungry or care for the poor. Jesus teaches us that both justice and mercy are necessary on the part of those of us who are in the top half of the world’s income-earners. Let’s be very careful to consider the poor when we vote.

There are ethical investment schemes that avoid companies with poor track records of exploitation of labour or environmental degradation.

We can choose to purchase chocolate, coffee, tea, clothing and electronic goods from more ethical companies. There are certification schemes (like Fair Trade, UTZ and Rainforest Alliance) and ethical buying guides to help us. None of these is perfect, but they are way better than doing nothing. Sure, we may have to pay more than for less ethically sources products, but that is because they are trying to pay a fair wage. Remember James’ warning: “The wages you failed to pay the workers who mowed your fields are crying out against you.”

We are so comfortable with our wealth in the first world that we don’t always realise how much we have, much of it not really necessary. Jesus approves of generosity to the poor, and we can show it by supporting reputable overseas aid and development organisations.

Photo by Jesse Schoff on Unsplash

« Moving beyond the Reformation: grace, faith and works
The slow easy slide into brutality »