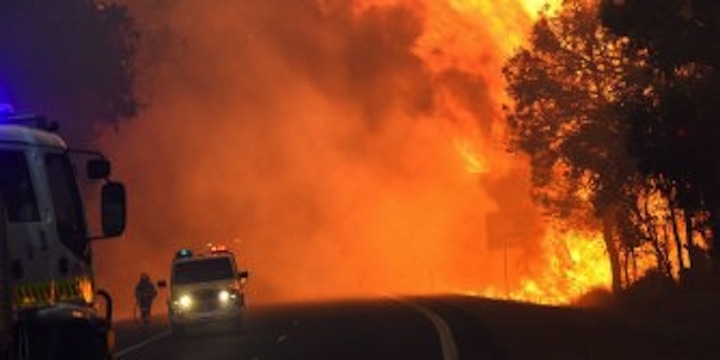 Christians tend to be conservative about climate change, but I think probably most now realise that climate change is happening, the world is indeed heating up, and this is causing some serious problems that will only get worse. So this report card on 2015 can be brief.

The US National Oceanic and Atmospheric Administration has released global average temperature figures for last year, and it was significantly hotter than the previous hottest year, 2014.

The graph also shows that the supposed “pause” in rising temperatures (1998-2011) was a slight and temporary slowdown over a generally sharply rising curve. A significant pause was never a reasonable conclusion from the data and was only made plausible by carefully selecting the start and end points. If we look at the larger picture (say since about 1960), the rise is clear, and ongoing. The fifteen years of this century are among the sixteen hottest years on record.

We are living in record hot times. The Australian Climate Council says:

No one aged under 40 has lived in a year with global average temperatures at or below the global 20th century average.

All sorts of temperature records were broken in the past year. 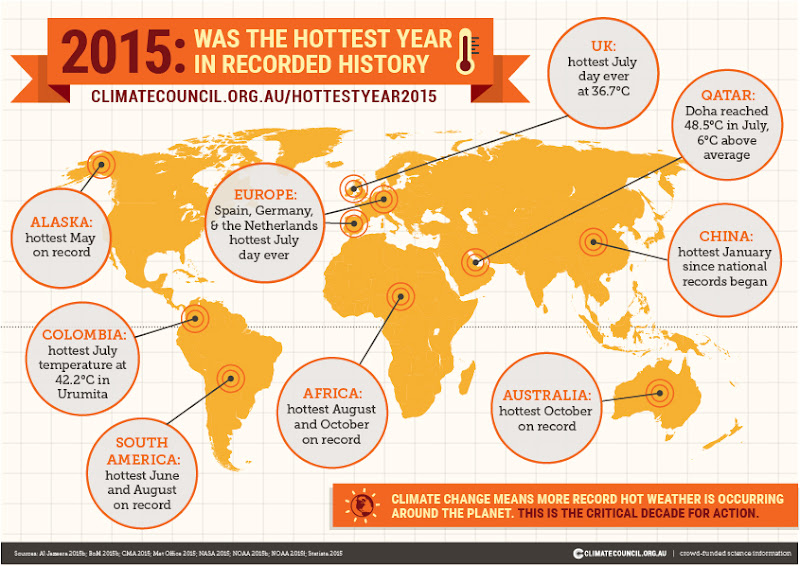 It’s already having a serious effect

Climate change models predict that the world, overall, will get hotter, rainfall patterns will be changed, and extreme weather (storms, droughts, etc) will increase. We are seeing these effects all around the world:

There are some positive signs

But there is still a long way to go.

It is difficult to argue with the data, but there is still some misinformation and dodgy statistics around. It would be helpful if christians could avoid being gullible and consider the data. God has made us stewards of the earth, and surely we want to care for it.

We can support constructive change (greater use of renewable energy and phasing out the use of fossil fuels), though our votes and our purchases. We can choose whether christians are seen as being part of the problem or part of the solution.

« Faith vs works?
Are you an extremist? »