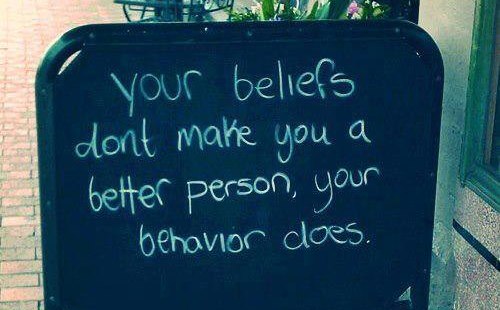 It seems to be oh so easy for us christians to get it wrong and misrepresent God. I’ve done it myself many times.

But it must displease God to be represented so badly on earth, and it is harming the mission Jesus left us. It is worth thinking about what we are going to do about it.

The love that will not let us go

Most christians accept that the core of christianity is summed up in the statement “God is love” (1 John 4:8), and this love is expressed in the grace of God which is a gift to all who will receive it.

Many passages tell us that God expects us to show this love to our brothers and sisters, and the whole world.

There are many, many more such passages.

And the New Testament also shows us how we are express that love to the world – through sacrificial love that follows Jesus.

Between the idea and the reality falls the shadow

And many christians live lives that match these teachings. Christians are more likely than average to volunteer in the community or donate to charity. Christians over the centuries have played an important role in feeding the poor, fighting injustice, educating, establishing hospitals and medical work, ending slavery and caring for widows and orphans.

But unfortunately we don’t have to look very far to find christians ignoring these teachings on love and service.

On the internet, christians can be found on forums and blog comments being angry, rude and denigrating unbelievers. And so often, when asked how this fits with the New Testament teaching, they argue that their behaviour is really being loving because it is aimed at forcing the unbeliever to face up to their need of God. Never mind that it invariably has the opposite effect. Never mind that it is contrary to teachings like 1 Peter 3:15, which says we should answer questions “with gentleness and respect”.

Violence vs the way of Jesus

Jesus said we are to love our enemies, pray for those who persecute us and forgive everyone from our heart (Matthew 5:44, 18:35). Yet christians over the years have often taken up arms for inadequate reasons, and the USA, supposedly a highly christian country, is one of the world’s most violent. Benjamin Corey suggests that American christianity is very different to the teachings of Jesus.

Love for those different to ourselves

Too often christians have failed to show love to people different to us.

Even if we disagree with any of these people, the command to love them still holds.

Lack of love vs the mission of God

We are supposed to be loving the world and making disciples. Lack of love affects both sides of that mission – us and the world.

Jesus calls us to a sacrificial lifestyle, taking up our cross every day, denying ourselves, and following Jesus. If we have lost our love for the people around us, we won’t really care if they are outside God’s kingdom and unaware of his great love for them. In fact. we are likely to think they deserve to miss out, forgetting that none of us has earned God’s love.

Feeling this way will likely lead us to turn our backs. Instead of loving the world as Jesus did, we will likely retreat into our own little safe havens.

Lack of love turns people away

Jesus’ love and acceptance of society’s outcasts attracted them to him, so he was ridiculed as “the friend of sinners”. When christians lack love it confirms the world’s worst stereotypes of unloving, uncaring “holier than thou” christians. Who would want to join a community like that?

“Are many non-believers walking around wondering why we Christians sacrifice so much in service to them?”

If we christians fail to live out the gracious love of Jesus, our message will rightly be rejected. They’ll know we are only nominal followers of Jesus by our lack of love. And we’ll surely know we need to re-evaluate our behaviour if we find ourselves judging others unlovingly.

If we want to make a difference in the world, if we want to see God’s kingdom grow in the places where we live, let’s be willing to love those we disagree with, no matter what the provocation.

“For the entire law is fulfilled in keeping this one command: “Love your neighbour as yourself.” Galatians 5:14

Photo: I found this somewhere on the web, possibly on Facebook, but I have no idea who to credit it to.

« No longer will they teach their neighbor, or say to one another, ‘Know the Lord’?
If God knows everything, why pray? »