9 of 12 members of our church who attended the vigil.

I have blogged before on the plight of refugees from war-torn or unstable countries like Afghanistan, Sri Lanka, Iraq and Iran arriving in Australian waters by boat and Australia’s somewhat callous attitude to them – see links below this post.

Australia outsources some of its nastier policies to poor surrounding nations such as Papua New Guinea, which allows Australia to transfer detainees awaiting assessment of their claims (which will be very slow, quite possibly deliberately to discourage others) to a detention centre on Manus Island.

About 2 months ago Reza Barati, a 23 year old Iranian asylum seeker, was murdered in the Manus Island detention centre in circumstances which our Government either keeps secret, or doesn’t care to find out (so far at least).

More than anything else I think, this violent death of an apparently peaceful and innocent man in the prime of life, seems to have catalysed many Australians, including many christians, to protest that enough is enough and whatever the merits of the Government’s policy objectives on asylum seekers, the moral price of the present approach is too high.

On Easter Saturday, 125 people gathered in front of Immigration Minister Scott Morrison’s office to pray and protest. I was there.

A recent small protest inside Scott Morrison’s office led to 5 people being arrested when they refused to leave (all were subsequently acquitted). There were some criticisms of this civil disobedience action so the prayer vigil was strongly peaceful (it had police approval and all police requests were complied with), non-partisan (both major parties have abhorrent policies on refugees) and prayerful (we followed a liturgy of lament and had a time of prayer).

Scott Morrison, as well as being the Minister responsible for asylum seekers, is our local member and a christian. It seemed right for Carolyn and I to participate.

There was a good feeling throughout. We all believe prayer can make a difference, and we hope the vigil is reported in the local newspaper and is part of changing public and Government opinion. Here are a few photos. 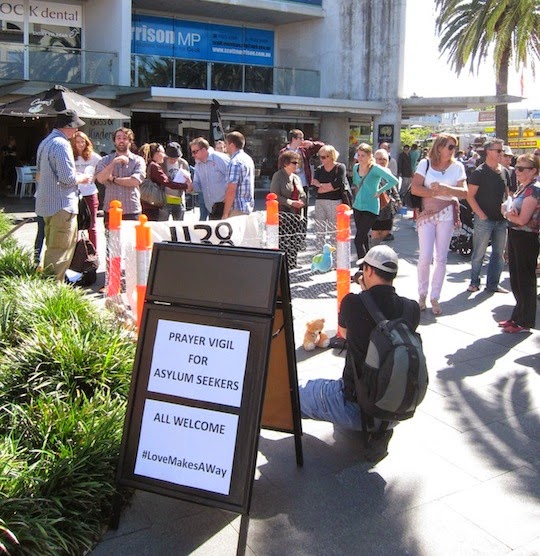 Setting up in Cronulla Mall in front of Scott Morrison’s office. 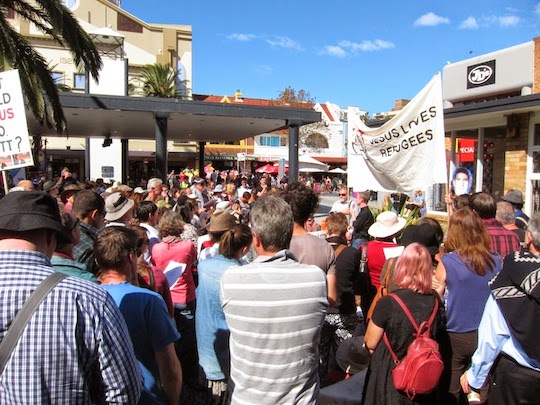 The “crowd” from the back. 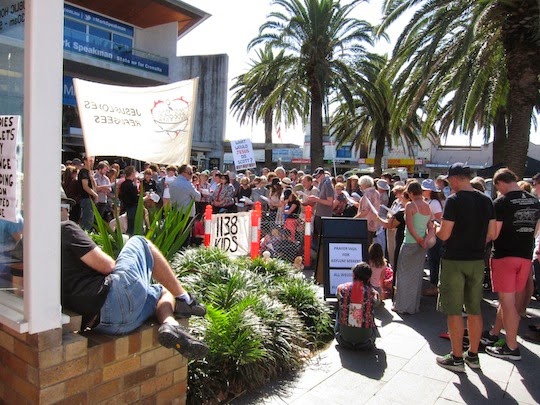 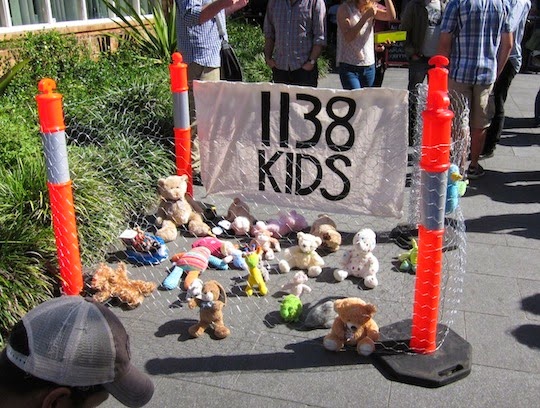 A reminder that over 1100 children are held in detention in psychologically harmful conditions.

Other posts on Australia’s response to refugees

« Is the church dying? Do we need to be worried?
I'm a MennoNerd! »