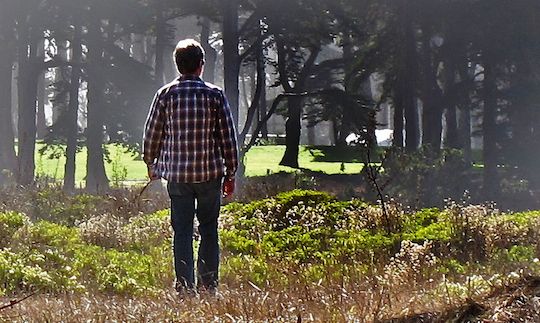 Last post I blogged about atheists at US universities, many of whom grew up in ‘fundamentalist’ churches. This post, we look at conservative christians who went through a period of examining their faith, but chose to continue to believe in Jesus, albeit their beliefs about God changed somewhat.

Fundamentalists and the 21st century

I have come across many people who once were christians with a fairly ‘fundamentalist’ or conservative faith, i.e. they believed there could be no errors in the Bible, that Genesis 1-3 should be understood as literal history and hence evolution couldn’t be true, etc, but who had stopped believing in Jesus as they learnt more about the Bible and science. Some of these are now bloggers (see my post Atheists who once were christians), some are now academics (e.g. Bart Ehrman, Robert Price), some I have just met around the internet.

No doubt many go to college and return home with their previous beliefs intact. But it is probably getting harder for that to happen, because evolutionary science is getting a stronger base all the time and is more and more accepted by christians, and Biblical studies is these days increasingly open to alternative interpretations which arise from academic study of history, archaeology and ancient culture.

It seems that more and more are grappling with the issues that modern learning presents to serious christian faith, and coming to new understandings.

From fear to faith

Earlier this year, Joel Watts and Travis Milam published From Fear to Faith: Stories of Hitting Spiritual Walls. I haven’t read it yet – only a couple of stories which can be read from the Amazon page plus a positive reaction to it and several reviews – but I have it on order.

It seems that many churches, perhaps most churches, keep their members in the dark about many aspects of modern science and modern Biblical studies, for example:

Christians don’t have to endorse all of sceptical scholars’ conclusions, but if they are not considered and addressed, it is likely that they will hit the unsuspecting conservative christian in the guts some day. Fearing the worst if they let their congregations know about the current state of academic thinking, pastors may simply set some of them up for a bigger fall.

“What you leave behind you don’t miss anyway”

From what I have read, it seems facing up to these and other issues was indeed a trial of faith for most of the contributors to this book, but they came through with a stronger, better based and more thoughtful faith. Many rejected things they once took for granted but which stand on shaky intellectual ground, while holding onto the basics, which are well supported by evidence. Some left their former churches to find a fellowship they could belong to without compromising their new understandings.

Peter Enns tells one such story.

What should churches do about this?

I can’t help feeling that churches and pastors cannot give what they don’t have. If they think they can teach and disciple their congregations without preparing them intellectually, then I wonder if they have a correct view of the modern world. If they think one person, or a small staff, can span across all the different issues and aspects of discipleship without involving thoughtful “lay people”, I wonder if they understand either the modern world or the New Testament.

I think we need a radically new, but old as the New Testament, approach to discipleship. Here are a few hints:

This slow shift in the beliefs of younger christians is yet another sign that christianity is changing.